Following the completion of a major order for public broadcaster Belteleradiocompany last year which consisted of four HD OB vans (including support trucks), Broadcast Solutions has now delivered a new OB van for ONT, the second public broadcaster in Belarus.

Broadcast Solutions has supplied an HD trailer with eight system cameras (prewired for 18 cameras) and the broadcaster plans to use the new production vehicle to enhance its coverage of events in Belarus and abroad. The station will focus on cultural, political and entertainment programmes. ONT will use the new OB truck for concerts, shows and political and national events such as city festivals, elections, military parades, etc. 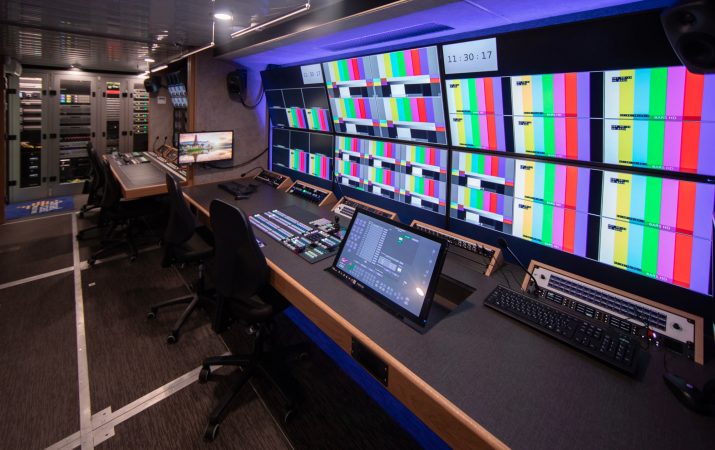 With the new OB van, ONT is massively increasing its capacity with the new vehicle being the largest in the broadcaster’s fleet. The truck is currently equipped with eight Grass Valley LDX 82 Premiere HD cameras, but is geared up for eight more plus two wireless cameras and the full technical capacity of the OB truck will be used in 2020.

The truck is designed as a trailer with one extension. Alongside the Grass Valley cameras, ONT is relying on further Grass Valley equipment inside the vehicle. A GV Kahuna 2 M/E vision mixer, GV MV820 multiviewer, GV Vega router with 180×180 crosspoints and additional GV glue equipment are in place.

For the audio area ONT has gone for a Calrec Brio 36 audio console, TC Electronics audio effects and RTW audio measurement. A Riedel Artist 128 system is used for communication within the truck and with on-site teams. An IHSE Draco tera KVM system secures access to all systems.