Orpheus in the overworld: reflections on landmark object-based audio project 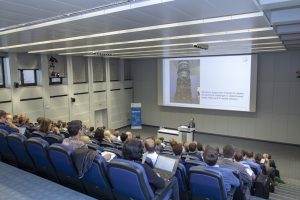 For the last three years R&D labs and meeting rooms across Europe have been engaged in a groundbreaking research project into the possibilities of object-based media. Orpheus drew on the talents of some of Europe’s leading institutions and vendors, including Fraunhofer IIS, Eurescom, BBC R&D, IRT, Guppies in the Dark BV, Trinnov Audio, B-COM, IRCAM, Bayerischer Rundfunk and Magix Software GmbH.

Commencing on 1 December 2015 and concluding on 31 May 2018, Orpheus received funding from the European Commission under the Horizon 2020 programme (an initiative from which SVG Europe sponsor Supponor has also benefited, receiving funding for its innovative camera project). According to Fraunhofer IIS product manager TV broadcast Stefan Meltzer, the project fulfilled all of its primary goals, which were: to support the industry to master technical challenges in object-based audio and IP-based delivery; to help public broadcasters to lead this transition phase and to survive in the global internet world; and to provide end-users with a future-proof radio service which ‘exceeds their expectations’.

Andreas Silzle is senior scientist at Fraunhofer IIS and served as technical coordinator of the Orpheus project. Over the years, notes Silzle, there had been numerous improvements to audio quality for the listener but not necessarily much more “opportunity [for them] to interact with the programme”. One of the overriding aims of the scheme, then, was to highlight the advantages of establishing production workflows whereby “parts of a programme could be transmitted to the end-user – not everything, but the important ones – giving them much more flexibility [in terms of how they experience content].”

To this end the consortium undertook two successful pilots geared towards demonstrating the primary features and benefits of object-based broadcasting. These benefits are identified in the Orpheus literature as foreground/background control, language selection, immersive sound and enhanced programme services. 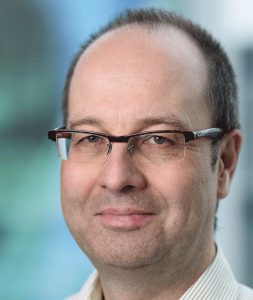 In the first of the two pilots what is described as the first-ever live object-based interactive radio drama was produced using the BBC’s IP Studio platform in the Orpheus studio in BBC Broadcasting House, London.

“The basic idea here was to have three actors meet in a flat and speak to each other, and then [via a purpose-designed user interface] the listener was able to listen through the ears of each of the three actors in order to get slightly different perspectives,” says Silzle. “So, for example, you might have one of the actors leaving the main living room to go to the kitchen, and you would have the opportunity to hear how the [ensuing conversation] sounds from all three perspectives.”

The resulting content was made available via a taster platform and listeners surveyed with a questionnaire that drew a strongly favourable response, says Silzle, underlining the team’s supposition that a degree of interactivity is “more interesting that a predefined story”.

The pilot generated some “heavy discussion” around the format and nature of the user interface, and how extensive this should be. Ultimately, the conclusion was that there should probably be an interface or interfaces “offering two levels of complexity” to suit varying expectations of interactivity.

The second pilot focused on the introduction of variable-length functionality for audio. Meltzer explains that with this capability “the listener decides [with regard to] the length he likes to listen to a podcast or programme, and the broadcaster decides on a meaningful shortening by setting priority level markers for programme sections”. 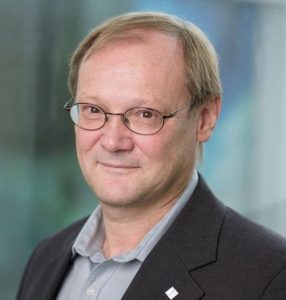 Silzle says that news content is likely to be a particular beneficiary of this approach, making it possible to divide “ready-made news programmes into small pieces, then arrange those into a new and shortened timeline.” Individual items and sections of timeline can be prioritised in order to allow the user to determine an optimum length of programme for their listening preferences. Further work is required – not least with regard to the treatment of clips that feature substantial levels of background noise – but the principle seems likely to resonate with listeners who are both time-poor and confronted by an ever-increasing quantity of audio content from both ‘conventional’ stations and podcasts.

At the end of this ambitious multi-year project its principals believe they have distilled the advantages of OBA down to four primary considerations. It is an advanced approach for creating and deploying interactive, personalised, scalable and immersive content. It is responsive to user needs as well as to environmental and platform-specific factors. In addition, OBA reduces the necessary transport capacity to the end-user, and in the context of broader developments can be perceived as an essential component for radio, TV and online cross-media demands.

Furthermore, Meltzer adds, “no one who has used the benefits on the production or reproduction side would like to step back to the old ‘static’ production.”

Key project participants attest to the collaborative spirit that has fuelled the Orpheus project – something that is evident in its input to standards efforts by multiple organisations (ITU-R, ISO/IEC, ETSI-DVB and EBU), as well as the extensive conversations and joint research endeavours that have taken place throughout.

As Silzle remarks, “it is not possible to fulfil such a huge task with one research institute, one company or one broadcaster. Here, a powerful team is necessary with experts along the complete broadcast chain. [Therefore] we have had a team of four research institutes, three industry companies, two public broadcasters and one consulting company, fulfilling all the necessary expertise and ‘long year experience’ requirements.”

Every three months a major two-day meeting would take place at one of the partner companies’ facilities, while conference calls were held on a weekly basis. The collaboration was also underpinned by a detailed working document that outlined “who was due to be doing what, and when.”

Now that the project has been completed – and its findings documented in detail on the dedicated Orpheus project website – Silzle believes that the positive feedback it has offered about the entire concept of object-based audio and listener interactivity will inform future developments by all of the project’s stakeholder companies.

Recalling a recent workshop that he addressed in Munich, he says that 100 people were polled and 80% of those reported that they believed object-based interactive audio would be implemented in a significant way during the next three years. There is a feeling that it is “relatively realistic” now, notes Silzle.

Consequently, the gauntlet has been well and truly thrown down for broadcasters and service providers “to be proactive” and ensure that they are in a position to offer interactivity for different types of content as and when the demand emerges. “We are saying to them that they need to be ready as quickly as possible, and that if you wait too long then others will come into that space. Of course, [looked at another way] it does constitute a real opportunity for broadcasters to extend the services that they offer, and in a very exciting way too.”