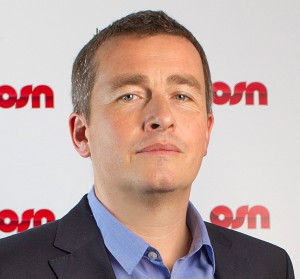 Imagine Communications has implemented a new transmission server solution for the sports playout operations of OSN, the leading pay-TV network in the Middle East and North Africa. The upgraded server network is a direct replacement for the existing system, which was in place for several years.

OSN needed to upgrade its existing server network, largely dedicated to its sports channels, to meet rising demand for HD content. The new network needed to be able to ingest 12 simultaneous streams and support a minimum of six playout streams at the same time. Completed in January 2015, the implementation of the new servers has already enabled OSN to convert its two remaining SD Sports channels to HD.

Already a user of Nexio servers from Imagine Communications, the solution was in the design based on the latest generation Nexio AMP generation 7 servers, attached to a mirrored Nexio Farad scalable, high-performance SAN, providing 48TB of storage and 9Gb/s bandwidth. Following a period of consultancy, Imagine Communications engineers based in its Dubai office worked with the team at OSN on the detailed configuration, which includes mirrored playout as well as high levels of redundancy in other operations.

“During the RFP and selection process, local system architects at Imagine Communications in Dubai were able to demonstrate that the Nexio AMP7 and the Farad SAN would support our requirements both now and in the future,” said Mark Billinge, CTO of OSN. “We were confident from what we had seen.  The system allows us to look forward and plan for ever more coverage, exceeding the expectations of our audience.”

Mathias Eckert, vice president, EMEA at Imagine Communications, added: “OSN is a very successful and forward thinking broadcaster, and it is great to continue our strong relationship with them. We have always known that you need technical resources immersed in the region if you are going to really support your customers. Our Dubai team knows the people and understands the technical challenges of OSN well. It is through real co-operation that we have been able to deliver this remarkable storage platform on which OSN can continue to build services.”