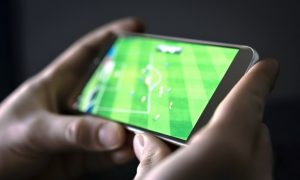 More than half of British sports fans have stated they would like to move away from traditional pay TV towards pure streaming platforms to consume the latest content, according to a new study.

Altogether, 59% of UK sports fans are willing to switch exclusively to streaming, the report from Grabyo shows.

The report discovered that since January 2020, subscriptions to online streaming platforms have increased in every age group, climbing over 20% for consumers over 50 years old.

During lockdown, many publishers have taken to publishing higher quality social video, both live and on-demand,  leading to a surge in streaming as an alternative for fans during the absence of live sports.

In contrast, traditional pay-TV subscriptions have seen a have seen a fall in consumption of 9% in the same period, and now, for the first time, around the same number of sports fans currently watch sports on pay-TV (68%) and social media (66%).

This change in consumption habits has caused a shift in attitudes towards watching sports on digital, with 59% of sports fans now willing to watch sports exclusively on streaming platforms, and 63% of these fans willing to spend over £10 per month on online services that carry live sports and highlights.

Speaking on the findings, Gareth Capon, CEO at Grabyo, said: “Sports fans of all ages have been convinced by the value of streaming. Companies like BT Sport are already moving towards this model that combines the flexibility of streaming with the quality the audience demands. Our report shows this shift will be well received by fans. Sports broadcasters need to offer a broader proposition to capture younger consumers and with the rapid growth in streaming services in older consumer segments, the risk of losing audience share is greater than it ever has been.”

Though it remains to be seen, the long term economic impacts of the COVID-19 pandemic on consumer spending in the UK may be a key driver in a shift to lower priced, more flexible streaming services among sports fans and the wider viewing population alike.

The new ‘At Home Video Trends’ 2020 report surveyed over 2,000 UK consumers on their video consumption and purchasing habits, following a previous survey of 2000 consumers in January. The research analysed how the change in the lives of UK consumers, caused by the COVID-19 pandemic, has affected the video industry and how viewers choose to consume content.