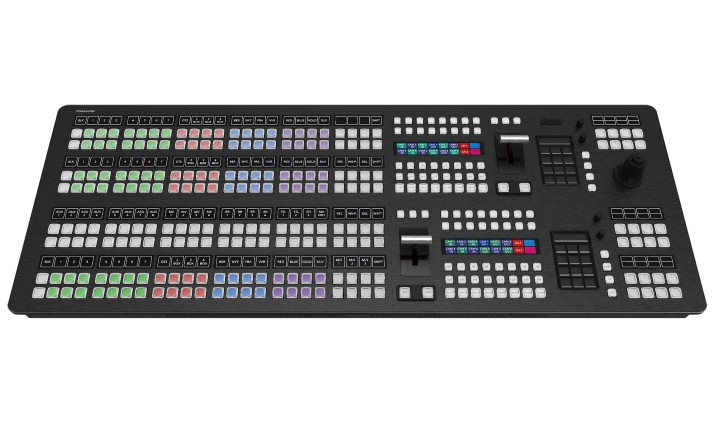 KAIROS features uncompressed processing of SDI, ST 2110 as well as NDI streams of any resolution

Panasonic has launched a next-generation live production platform, based on a IT/IP video processing core, that charts a new course for the company.

“KAIROS is introduced as the content creation industry transitions to live IP workflows, requiring broadcast and event producers to think about how they will future-proof their productions and facilities,” says Guilhem Krier, Panasonic’s Head of New Business & Market Development for MEBD & DSC Business Units.

“With an ever-growing set of tools and hardware, producers need a comprehensive solution for multiple applications to break free of the boundaries of traditional hardware. As an IT/IP platform based on an open software architecture, KAIROS takes the various components of a broadcast program and virtualises them, so productions are flexible, dynamic and powerful.”

KAIROS can support baseband and IP signals in any combination. KAIROS also features uncompressed processing of SDI, ST 2110 as well as NDI streams of any resolution such as HD and UHD and in any format, whether 16:9 or non-traditional formats such as 32:9 for an LED backdrop display.

As a native IP, ST 2110 system, KAIROS supports transitions to live IP workflows and can eliminate dedicated hardware constraints. This COTS-based system creates new production opportunities involving a mosaic of IT ecosystems with a variety of vendor components from several industries.

KAIROS delivers creative and operational freedom for the efficient production of expressive live video. The platform features standardized IP connectivity in place of one-to-one video inputs and outputs, which enables KAIROS to support baseband and IP signals in any combination. KAIROS also features uncompressed processing of SDI, ST 2110 as well as NDI streams of any resolution such as HD and UHD and in any format, whether 16:9 or non-traditional formats such as 32:9 for an LED backdrop display.

KAIROS offers a fully customizable, intuitive graphical user interface that enables users to manage unlimited layers and effects with ease. The platform sets a new standard of usability and customization with “Photoshop-style” intuitive live compositing interface. Since video mix processing are GUI-based, the platform does not limit the number of MEs or keys, like a traditional switcher. Keys, effects and scaling are set within each scene without restriction and the total number video layers are only dependent upon the GPU capacity.

The KAIROS system centres around the Kairos Core, a mainframe, which will handle all video processing. Version 1 mainframe will manage video I/O through a Deltacast gateway card and/or a Mellanox 100 GbE NIC (Network Interface Card) connection to COTS IP devices and SDI and HDMI gateways. Control will all be managed on devices operating over a separate Gbit Ethernet including Kairos Creator, GUI software for set up and software-based control panel and Kairos Control, Panasonic’s premium quality 2ME style hardware control panel.

More Kairos Creator or Kairos Control sites can be added to the network wherever an operator, engineer or TD needs to be. Additional network hardware and an I/O expansion licence can grow the number of sources and screens. Additional compatibility and features will be available through additional licence keys, and adding additional mainframe will create the opportunity to scale the system up to most any organisations’ requirements. KAIROS will start shipping in third quarter 2020, and the minimum configuration will be available for about €30,000, bringing the future of live production closer than one might expect.

Panasonic also announced it has established a KAIROS Alliance Partners program. which includes IP COTS hardware manufacturers and leading vendors of graphics, automation, and media servers. For the KAIROS platform linking with other vendor’s components is important, as KAIROS utilises a variety of IT ecosystems based on COTS technology and easily expands functions and links to external devices by adding application software.