Personalised virtual advertising: UniqFeed looks at the next big disruptor in sports broadcast 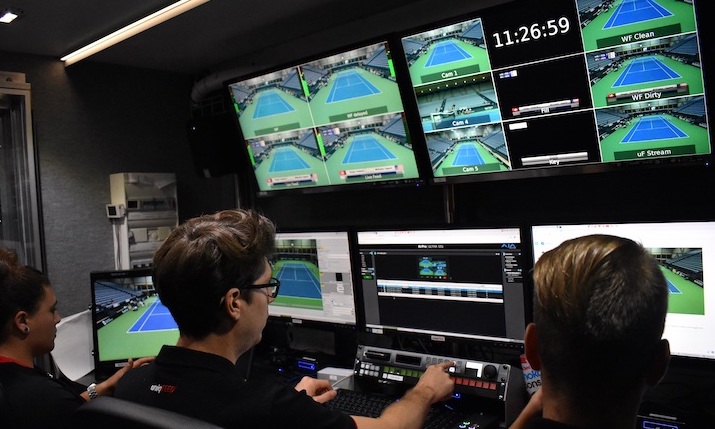 The new normal. It’s a phrase that’s become part of modern parlance since the onset of the pandemic and since lockdowns and furloughs became commonplace. However often we hear it, though, things have yet to settle into something we can really call normal. As the well-known curse of ‘may you live in interesting times’ has become oh-so-real for so much of the sports industry, it looks like there will be quite some turbulence ahead still.

Although these interesting times we live in now may often be ones of strife, they also present opportunities. The ingenuity and agility of those who make and broadcast live sports and their ability to innovate and deliver has been incredible. Remote production, both in centralised and distributed forms, along with the significant movement of workflows to the cloud, has instigated transformative changes in the way these things get done – much of which will only prosper in future.

I would contend that much of this has been achieved by the careful application and combination of existing technologies (such as IP networking, KVM, low delay compression and so on), rather than new ones. Perhaps the biggest change in the way live sports broadcasts are being made has been the one taking place between our ears. And that transformative change has resulted in Tier 1 live sports programmes made by key production and technical teams operating from their own homes. Something that, not so long ago, would have been unthinkable.

But, as the winners and losers of the COVID pandemic attempt to define and get to grips with their new normal, the effects of this upon the landscape of event sponsorship is still in flux, and may be very far reaching.

As long-standing relationships falter, and whole segments of the industry are finding that their balance sheets are looking very different than they were two years ago, the need for property owners to adopt new models to realise their potential is real and urgent. When you throw in changing viewing habits and demographics, consumers snacking on highlights, and a continual drift away from sitting in front of the television and towards viewing on other devices and locations, real and urgent also becomes confusing and risky.

While TV visible signage is not a phrase commonly on the lips of most TV professionals, the ability of property owners to leverage the exposure gained by broadcast rights holders has been an important and nuanced part of the process of making live sport happen for as long as TV has existed. While over the top (OTT), video on demand (VoD), subscription video on demand (SVoD) and a myriad of players have massively disrupted the market, the enormous impact of the internet on so much of our habitual viewing behaviour has largely been confined to who, where, how and upon which device we view. Much of the content is precisely the same.

It is over one hundred years since the department store mogul John Wanamaker famously said: “Half the money I spend on advertising is wasted; the trouble is I don’t know which half”. These days, the internet has turned that statement into an anachronism across so many channels, but not – at least not yet – TV channels.

When I talk with those involved in digital marketing about their work, I find myself in another world, comprising click rates, conversions, split testing and incredibly detailed and comprehensive data on their target audiences. The tech giants of the internet hoover up and monetise mind-boggling amounts of data to leverage ever more targeted and relevant advertising, which makes the traditional data behind viewing figures seem, well, quaint. Meanwhile, the biggest innovation in broadcast visible advertising, until recently, has been the advent of perimeter LED screens with dynamic content.

Some may be surprised by how little this has affected the broadcast world to date. Until recently, I think the answer to this has been primarily due to the lack of technological solutions which bridge the gap between what is possible in broadcast and digital. Those who have pioneered TV broadcast virtual advertising solutions to date have largely done so by pushing the limits of traditional technologies with complex and self-limited systems which involve considerable in-venue hardware and boots on the ground. Some of the results of this approach have been impressive, but the bar to market entry is high and the length of road before obsolescence is short.

That situation is changing and changing fast. Using computer vision techniques, it will soon be possible, with ever-increasing granularity and accuracy, to create an unlimited number of feeds, enabling personalised virtual advertising to each viewer’s device. All this can be driven by similar data sets to current internet advertising and requires no instrumented lenses, no infrared emitters or sensors, no pitch line guides, no specialist cameras, just the video output of the production.

We have yet to see the true disruption this technology will bring in action. As live sports production is ever more likely to be remotely and/or cloud derived, the opportunity to reliably and invisibly insert virtual advertising inventories into a programme will move rapidly from its current tentative first steps to an expected and entirely depended-upon model for property owners, broadcast rightsholders and sponsors alike. The ability to target viewers will rapidly move from regionalised to localised, with the holy grail of personalised advertising being as dependent upon the stakeholders’ grasp of the idea as it will on the availability of the right technology.

What new approach does a federation take to TV visible sponsorship in a world where every viewer can be targeted individually? How will businesses offer broadcast signal distribution which evolves to cope with personalised IP delivery? And, perhaps most importantly, how will agencies best learn how to synergise their skillsets and services to best exploit the opportunities this world will offer?

One thing the revolution in remote and cloud operations has taught us is that when we use words like ‘unthinkable’ and ‘impossible’ we frequently end up eating those words. But how do property owners cut through the noise and uncertainty to make good decisions on shaping their future? The virtual advertising sector has a few serious players in it now. Those who understand the whole picture and the long view will be the ones who survive to see it. There are several moving parts to this. Those of us working at the intersection of these technologies and mindsets need to make sure we effectively bring computer vision technology, robust broadcast solutions, and simple, flexible workflows together with compelling, understandable and cost-effective propositions which can be spun up and down at short notice with nothing but first-class standards.