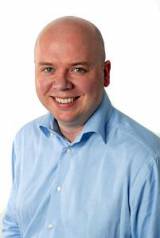 Peter Angell has joined IEC in Sports as COO

Peter Angell today joins IEC in Sports as COO. The sports marketing agency based in Stockholm focuses on global TV rights management and delivery and Angell, who also is SVG Europe Chairman, made the move after spending more than a decade at Infront subsidiary Host Broadcast Services (HBS).

IEC has the rights to more than 150 sports properties per year and works closely with more than 80 broadcasters around the world. In August, 2007, IEC joined the Lagardère Unlimited group of companies. Angell joins Daniel Franck, Nick Haigh and Max Kållberg on IEC’s executive management team.

As part of his new role within the Executive Management, Peter will contribute to the strategic development of IEC, expanding new business opportunities and adding valuable production, event and project management expertise.

“We are thrilled to be able to welcome someone with the caliber and reputation of Peter,” says Franck, joint-CEO of IEC in Sports. “IEC has already undergone significant expansion over the past decade. We see Peter’s appointment as a means to prepare the company for the next important phase in its strategic future.”

At HBS Angell served in such capacities as head of production for the 2002 and 2006 FIFA World Cup amongst many other events, including the Asian Games and Asian Winter Games. He was most recently director, production and programming division.

Francis Tellier, CEO of HBS, says that Angell leaves the company ready for further career growth. “I want to thank Peter for his commitment and his achievements in diversifying our business in the area of production and programming. We wish him all the best for his future career.”

Angell says that during his 11 years at HBS he was privileged to have worked on amazing events with amazing people.

“I feel the time is right to embark on a new and exciting chapter, bringing my experience to IEC in Sports and contributing to its ambitious growth strategy”, he says.