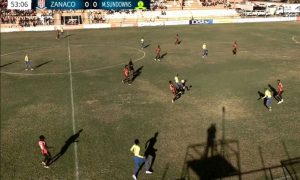 Pixellot and Shoott team for AI-automated tech in South Africa

AI-automated sports production technology company Pixellot and Shoott South Africa, one of the country’s top sports producers, have announced a partnership to introduce the technology to the local market.

By the end of 2019, 25 sporting venues and fields will be equipped with Pixellot systems, with the most recent being completed at Stellenbosch University, the host of the University Sports of South Africa Hockey tournament.

“After evaluating various solutions, it was clear that Pixellot’s technological superiority was up to taking on some of the challenging conditions in Africa such as the need for robust components that can operate with less than optimal bandwidth and lighting conditions,” said Ariel Matzkin, CTO of Shoott.

“The content produced thus far, and the programming scheduled for future events, is a first in South Africa, and it would not be possible without Pixellot and its global leading technology.”

The Shoott network has streamed prominent continental events with viewership of thousands of fans per event including both the men’s and women’s international field hockey test series between South Africa and Namibia, the Aitken and Boden Cups, the SA provincial schools Netball tournament at EG Janssen, the Engen Knock Out Challenge and the inaugural On Target U16 Rugby Festival at Jeppe.

“We are thrilled to be moving forward quickly with our first partner in Africa by providing AI-automated video technology to communities that follow high school and college sports in South Africa. It is rewarding to know that quality live coverage will now be easily accessible for so many players, fans and families throughout South Africa through Shoott’s OTT Platform,” said Alon Werber, CEO at Pixellot. “Collaborating with the visionary team at Shoott will enable an unparalleled amount of live athletic events to be broadcast throughout the region.”

Added Shoott CEO, Yoss Reddy: “Together with Pixellot, we are going to bring no less than a revolution in sports coverage in South Africa by becoming the leading source for live and on-demand school and university sports. Shoott has already streamed several live competitions this year and Pixellot’s proven expertise in covering thousands of events at this level are the perfect fit for the coverage we need to provide our audience.”