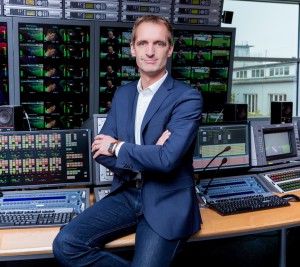 PLAZAMEDIA’s chairman of the board of directors, Joachim Wildt

In the wake of June 6’s UEFA Champions League Final 2015 – where PLAZAMEDIA worked as service partner and world-free provider on behalf of ZDF – the company has announced that it has been commissioned to act as host broadcaster for the UEFA Champions League in Germany for another three years. The far-reaching deal will also see the firm supplying the production technology for unilteral ZDF productions at home and abroad.

This major new agreement with ZDF encompasses technical production services for the play-offs, the group stage, the knockout rounds and the final. Simultaneously with the new agreement, PLAZAMEDIA signalled the introduction of a revamped internet presence and corporate identity, to be implemented with immediate effect

SVG Europe caught up with PLAZAMEDIA’s chairman of the board of directors, Joachim Wildt, to find out more about the practicalities of the new deal…

Precisely how long have you been working with ZDF on Champions League coverage?

We have already been supporting ZDF for some years with production services. The previous contract started with the 2012/2013 season, ended with the 2014/2015 season and included host broadcasting of every UEFA Champions League match in Germany, as well as unilateral production throughout Europe. The recent extension of the contract is for us confirmation of this excellent working partnership between ZDF and PLAZAMEDIA.

In addition, we were given the opportunity to produce the UEFA Champions League and UEFA Europa League on behalf of SKY.

What is the current technical support (trucks, cameras and so on) for Champions League matches in Germany?

Do you have a clear idea of how this production might evolve in the future, for example in the form of 4K?

4K is definitely a possibility and will come sooner than originally expected, especially since the issue is being pushed by telecommunications companies and OTT providers. PLAZAMEDIA has already been commissioned to produce in 4K and has gained valuable experience here. As is often the case with new innovative technologies, there are, however, some technical challenges which we are still working on to reach the best solutions.

In principle, providing additional cameras per game is possible at any time. Special cameras, eg. Spider and High Speed Cams, are already being used at big matches such as the Champions League Final. In the future, advanced graphics services and augmented reality applications will certainly play a significant role. Talking about specific production setups, we are consciously not making a decision on the use of 4K and innovative additional services; rather, we are leaving that decision in the hands of our customers.

What are the aspects that PLAZAMEDIA particularly enjoys about working with ZDF?

We are delighted at the trust ZDF, as one of the most important nationwide public broadcasters in Germany, is placing in PLAZAMEDIA by recommissioning us to support ZDF in the production of UEFA Champions League for the following years.

The cooperation between PLAZAMEDIA and ZDF is built on complete professionalism on both sides and is based on a high level of trust. This makes the cooperation extremely rewarding and fruitful at all times.