Plug, play and participate: Dolby on the importance of bringing immersive atmosphere to the home 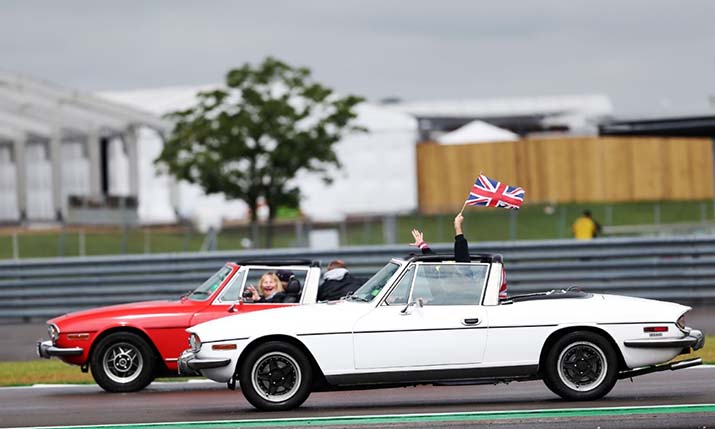 Based on the events of 2020 and 2021 we have seen that fans are the most important piece of the football experience. As sport returned across Europe fans rejoiced, but without the enthusiastic ambiance we all enjoy in our living rooms on the big screen – that of the tens of thousands of football lovers in attendance, cheering their teams onto success.

We swiftly learned how important the stadium experience is for the overall creation of a strong sporting broadcast, because with no audience the audio over our living room TVs simply lacked what we had become accustomed to; fantastic sound full of depth and detail that takes the viewer into the heart of the game.

Immersive ambiance for the fan

The fake stadium ambiance used by some broadcasters during live matches without fans present provided the best experience possible given the circumstances with empty stadiums, until fans were allowed back into sporting events and we were able to hear the sound of the fans giving their all from their seats around these hallowed theatres. Nothing else can top it.

However, capturing real fans with immersive audio is still unbeaten. Immersive audio enables us to literally immerse ourselves in sound; you are able to hear more detail, and the result is a more emotional experience. It creates a three-dimensional sound experience within a two-dimensional environment.

This means that for people watching the  English Premier League at home, they can feel the atmosphere in a much more intense way than ever before, even if only a handful of people are in the stadium.

As Austria, the Netherlands and other countries face lockdowns again over this winter, broadcasters are now well-practiced in being able to transmit the emotions of past crowds into people’s living rooms, in a better and more efficient way using immersive audio. Immersive audio will allow them to amplify the few fans that are in the stadium to enable that desired atmosphere on the big – and small – screen at home.

Generating that atmosphere at home is also becoming far simpler. There is now a wide availability of devices that can play back Atmos at home, bringing the fan an inclusive experience that takes them to the heart of the stadium from the comfort of their sofa. These devices for the home bring sound from everywhere around the fan, from the crowd to the football being kicked on the pitch.

Sports fans started buying into UHD TVs and Dolby Atmos-enabled soundbars, smartphones with Dolby Atmos and HDR-like capability, and more, in anticipation of the great sporting events of 2020, from the Euro’s to the Olympics. When the pandemic kicked in and people were trapped at home, these devices brought the world to them.

As UHD productions began increasing in number, so too did the need for Dolby Atmos productions to raise the bar even higher; UEFA has stated that alongside UHD productions, in the future audio must also be enhanced to increase the overall quality of broadcasts, for even club-based events.

This in turn is now driving the purchase of home devices that support both formats as the end user becomes ever more savvy, creating a self-perpetuating cycle of technology uptake. The UEFA last 16 for the Champions League this season is being produced in Dolby Atmos, and while Olympic Broadcast Services used HD in 5.1 for standard delivery in Tokyo 2020, in the Beijing 2022 Winter Olympics it will use UHD and immersive audio 5.1.4 as standard delivery.

At the end of the year, the World Cup 2022 in Qatar will again create a momentum for the purchase of UHD and Atmos-capable TVs and soundbars amongst football fans, as it is expected that the event will be produced in UHD HDR with immersive audio.

No technical hurdles to great sound

It’s not complicated and there are no technical hurdles to making the best sound experience available at home anymore; you don’t have to spend hours placing speakers around your living room, begging the dog not to chew them, and drilling holes in walls. It is literally plug, play and participate across TVs, soundbars, and mobile devices such as phones, tablets and laptops.