Predictions for 2019: eSports explodes while ‘the Netflix of…’ mindset declines 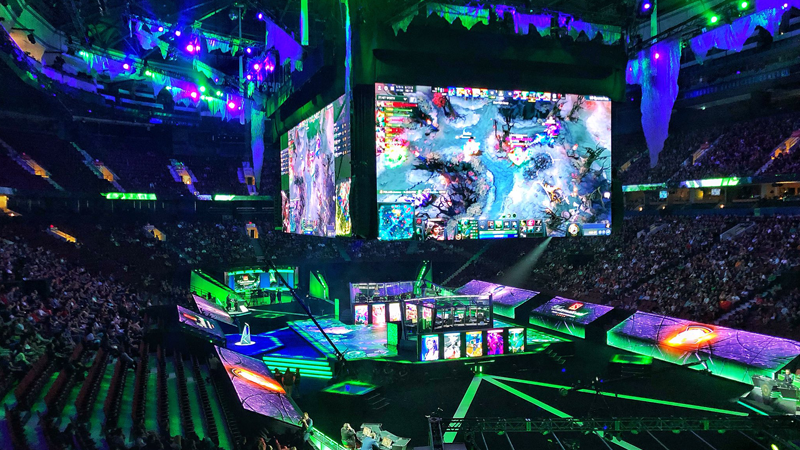 Today, eSports has undoubtedly burst into mainstream consciousness. The recent $25m prize pool at The International Dota 2 tournament (pictured, above) is indicative of the rapid rise of this form of entertainment.

For 2019, we will see more organisers experimenting with enhanced interactivity, such as allowing viewers to vote collectively on a player’s next move in a game, through the use of polls that appear on the screen during the live feed.

Key point: viewers in eSports will not just watch game broadcasts but will actively participate in them, potentially affecting the outcome of a contest. As eSports has so often forged the way with its audience, it will revolutionise the relationship between gamer, viewer and stream.

Publishing goes over the top

Over the last couple of years, we have seen a number of publishers launch OTT services. From Condé Nast to Vice, there has been a growth in brands which once would have focused solely on text – perhaps before they were dabbling in video and audio – but are now launching separate video platforms with hours of new original content. 2019 will see an acceleration of publishers creating new OTT services, whether they offer niche or mainstream content.

An increasing number of publishers will create platforms which attract consumers already using video on demand products. This will mean that some publishers will take away much of their audiovisual content from social media platforms.

Key point: OTT offers publishers a new opportunity to reach existing and potential audiences, as well as open up additional revenue streams. For companies which have been trying to find a place in the new digital landscape, it will provide an exciting new path by which to succeed.

The demise of ‘the Netflix of…’

Since Netflix has become a media giant and challenged the dominance of broadcasters, cable operators and studios, there have been many attempts to replicate its success – often copying its features and UI. The phrase ‘the Netflix of…’  is echoed by several companies trying to break into the on-demand media world.

Many use it as a marketing tool but it has become a conceptual straitjacket, preventing them from expressing how they are different and from creating distinctive products. In 2019, there will be a move away from this label, with more companies finding their own USPs, recognising what’s special about their content.

Key point: 2019 will see many digital product companies break away from this ‘the Netflix of’ mindset to deliver services which reflect the unique shape and size of their content.

Ostmodern works with some of the world’s biggest brands including the BBC, ITV, Channel 4, Arsenal FC, Microsoft and Virgin Media