Following the comeback of the Bundesliga last month and LaLiga on 11 June, the Premier League will be the latest international soccer league to return behind closed doors. Beginning this Wednesday 17 June, NBC Sports will bring 35 matches to the US soccer community in 40 days, and the broadcaster will accompany the action with broadcast-only audio, virtual watch parties, and a stringent safety plan that includes multiple employees working from home.

“Our production philosophy is simple: it’s to provide our viewers at home with the same coverage they have expected of us in the past,” said Pierre Moossa, coordinating producer, NBC Sports. “We are still going to have talent and onsite commentary teams with intelligent analysis and in-depth highlights, but, behind the scenes, it will be a little bit different.”

All in the atmosphere: 92 automated chants to fill the airwaves

For returning live sports coverage, the biggest production question is whether to pump in crowd noise. Fox Sports, having decided to go without fabricated sound in its debut match Borussia Dortmund–FC Schalke on 16 May, switched its stance the subsequent weekend and has moved forward with broadcast-only audio ever since. Prior to the resumption of play in Spain, LaLiga opted for crowd noise and virtual fans to fill the void.

For the Premier League, Moossa was against the idea at first but now considers atmospheric sound 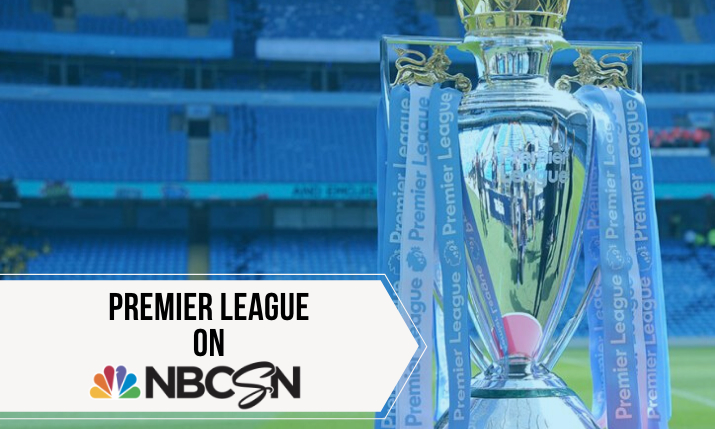 essential to maintaining the authenticity of the game. “That’s a question that almost anybody who works in sports television has been trying to figure out,” he said. “I definitely went into [this with] an approach with us being authentic and true, but I’ve personally done a complete 180.

“We’ve decided to add what the Premier League is referring to as ‘atmospheric-enhanced audio,’ and it’s being produced via EA Sports, [which has] sampled 92 different ways of cheering.”

Although this style of broadcast seems to be gaining support as sports continue to play without spectators, some viewers want to listen to the pure sound of a match. For fans who want to hear natural sound and communication between players, NBC Sports is offering an alternative viewing option on its mobile streaming services, including NBC Sports Gold. This option will also be available on the new Peacock service beginning with Bournemouth vs. Crystal Palace on 20 June.

With a majority of bars and restaurants either closed or operating below capacity, the excitement of watching a match with friends and family will be impossible for the foreseeable future. To solve this consequence of the pandemic, NBC Sports has developed a two-fold solution that brings fans into the centre of the broadcast and enables them to experience a sense of community.

“We have a very strong connection with the supporters in the US,” noted Moossa. “So we will continue to have virtual watch parties and incorporate them into our broadcast. In addition, [the Premier League] is going to feed watch parties onto the videoboard.”

Similar watch parties will be conducted in cities around the UK with the help of the British host broadcasters.

Despite the highly anticipated return of the Premier League, current circumstances are forcing NBC Sports to produce the final matches of the 2019-20 season with necessary precautions. For the matches this week, while play-by-play announcers Arlo White and Graeme Le Saux deal with significant measures onsite at the Etihad Stadium in Manchester, studio personnel including Rebecca Lowe, Robbie Earle, Robbie Mustoe, and Kyle Martino will adhere to guidelines at the International Broadcast Centre in Stamford, CT.

“We will be following all of NBCUniversal’s health and safety guidelines,” Moossa explained.”[These include] temperature checks at home before you come in and as you enter, one-way traffic in the building, touchless devices, no communal pantries, wearing masks at all times, and social distancing in the control room and studio.”

Since the facility will be working with a smaller team, Moossa and his crew will be leveraging workflows, such as graphics, from remote locations.

“There will be several people working remotely from home in different workflows,” he said. “There will be virtual monitor walls and conference-call lines to dial into.

“Everyone’s health is primary,” he continued, “and the broadcast is secondary. We have put a lot of thought into how to do this in order to continue delivering the same level of coverage, albeit in a different manner.”