Preparing for PyeongChang: Alternate German days for ARD and ZDF

Although Discovery/Eurosport has won the rights to cover the Olympics Games (including the Winter Olympics) until 2024, it will also distribute a number of hours of broadcasting to a number of free-to-air broadcasters. Two of those broadcasters who have been granted sub-licences are ZDF and ARD in Germany. The two national broadcasters will provide coverage on alternate days. 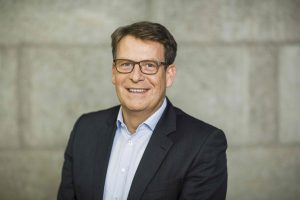 “Because we were involved in late negotiations about the rights, we didn’t start the planning for the Winter Olympics until July of this year,” stated ZDF Head of Sports, Thomas Fuhrmann. “That means our biggest challenge has been the relatively short preparation time for our coverage in PyeongChang in February. However, both ZDF and ARD will continue our tradition of providing comprehensive coverage for the German viewers.”

That level of coverage will amount to around 220 hours by the two broadcasters, with a further 300 lines of online offerings. “We will have space at the IBC which will include a five-camera studio using a Sony XVS 8000 vision mixer and LAWO MC² 56 audio console,” revealed Anke Scholten, Head of Olympic programming for ZDF. 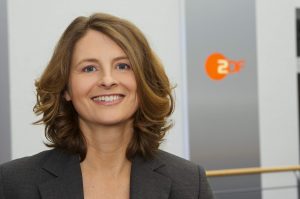 IP protocols provided by the host broadcaster. And we will be using remote production for all of our unilateral coverage of certain venues. These include the Biathlon, the cross country and speed skating events. Our unilateral cameras will cover the presenters, the mix zones and commentary positions,” she said.

Graphics will be added to the international feed using VIZRT Artist and Trio Editing will be carried out using Avid and EVS both at the IBC and in the studio bases in Germany.