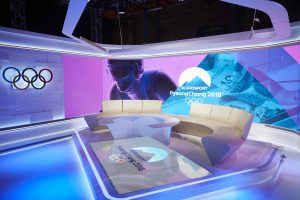 Olympic Studio: The studio destined for South Korea was constructed in London before shipment

In 2015 a landmark deal signed in Switzerland saw Discovery Communications and Eurosport acquire most European multiplatform broadcast and distribution rights for the four Olympic Games between 2018–2024. The agreement, worth 1.3 billion Euros, covers all platforms –TV, online and mobile phone across 50 countries.

The estimated customer reach is in excess of 700 million. Every minute of the Olympics will be shown on Eurosport Player – the broadcaster’s core digital service in Europe. However, to ensure the widest possible audience has access to the various sports, Discovery will also distribute a minimum of 200 hours of the Olympic Games and 100 hours of the Olympic Winter Games across European free-to-air broadcasters. This will be delivered by more than 30 partnerships with the biggest and best free to air national broadcasters.

The first event to be covered by the deal is the XXIII Olympic Winter Games in PyeongChang, South Korea.

In an exclusive interview with SVG Europe while they were on a site visit to the Discovery production space in the PyeongChang International Broadcast Centre (IBC), Simon Farnsworth, Discovery Executive Vice President, European and Sports Technology, and John Honeycutt, Chief Technology Officer, spoke enthusiastically about the relationship with Olympic Broadcast Services (OBS), the complexity of broadcaster’s intentions and the legacy of the operation.

“We are absolutely thrilled with the performance and professionalism of OBS,” states Farnsworth. “They are providing an enormous number of services out here. As we speak, we have just completed a walk round the facilities and everything is well ahead of schedule. And in terms of our own build, we are two days ahead of where we wanted to be. In short, all is going very smoothly.”

In part, that success is down to the amount of work that has been carried out prior to equipment being shipped to PyeongChang. In all, seven sea freight containers have been employed to move the equipment, all of which has been pre-wired prior to shipping.

“There are over 85 racks of equipment that have been installed in the IBC,” reveals Farnsworth. “All that equipment has been provided by NEP. That company has been a fantastic long-term partner for us and has the scale to help us do what we need to do. All of the venue equipment has arrived and is pre-staged in flight cases. It’s been unloaded at the IBC and will be checked before being sent to our warehouse here in PyeongChang from where it will be distributed to the venues, whilst also noting that we will have 85 racks of equipment that will remain in the IBC. We get access to the venues on 20 January. Pre-wiring and pre-installed makes installation very easy.”

Holding all the rights for Europe

Of course, the sheer scale of providing broadcasts across most of Europe and Scandinavia is not without its challenges. “It is worth pointing out that we are the first to hold all the rights for Europe,” says Honeycutt. “We are talking about broadcasting in 42 languages. In itself, that makes the whole project incredibly, how shall we say, interesting! But our team is up for it.”

He continues, “And you have to realise that the size of the operation is not confined to here in South 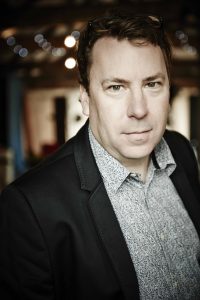 John Honeycutt, Chief Technology Officer: “Security is a massive focus for us”

Korea, we are integrating across ten production centres throughout Europe. When you are servicing so many sites, the scale produces an exciting level of challenge. But this is what Eurosport’s business has been about for 30 years.”

Farnsworth adds that the audio matrix is the most complex document he has ever seen. “You don’t need a PhD in astrophysics, you need a professorship! The audio engineers have done an outstanding job pulling this together because it is seriously complicated.”

To gain another perspective on the scale of the operation, Eurosport will deploy around 900 personnel in South Korea, while a further 1275 will be working on the Games content at various production sites around Europe.

The deal calls for Eurosport to have its own unilateral cameras at all events to allow its directors to cut into the coverage provided by OBS. “We will have a significant number of cameras at mixed zones, announce points and the commentary positions,” explains Farnsworth. “In addition, we will have studios on the roof of the IBC which provide us with some amazing views of the mountains. Plus, of course, there will be studios at some of the venues.” 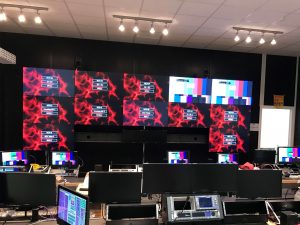 Eurosport BOC: The heart of the Eurosport operation will be in the IBC in PyeongChang

“We will also be carrying out remote production, both from the IBC and right back at European sites,” reveals Farnsworth. “The overarching control system — the IP-based Virtual Studio Manager (VSM) — means anyone in any location can select any piece of video and any piece of audio and talk to any commentary position at any time. In Europe that will operate over four 10 Gigabit circuits. In addition, there is the Eurosport WAN (Wide Area Network) which we have built linking all these production sites. This is up and running right now and is a fully IP network using IP multicast technology.”

Honeycutt adds, “When we are talking about the WAN, we are looking at the way forward for the Eurosport business. About two years ago, we chose to invest in interconnectivity over 10 gig links — although that is obviously expandable – to connect all of our environments. For example, that lays the groundwork for events such as The Australian Open Tennis and other events where we are producing across multiple markets. Frankly, we don’t think we can move forward without that kind of connectivity.”

He continues, “What was really important here was the latency. We are using JPEG encoding to reduce the latency, especially for remote production. Also, at the ingest point for our cloud-based MAM in Oslo we will have 50gig capacity going in to ensure the speed of transfer. When something is recorded in Korea we can get it out very quickly into the European cloud based MAM. It means we can turn around edits and content and give it to our consumers as quickly as possible can.”

In addition to the studio-based production, Eurosport will have 60 ENG crews collecting content from around the Games. Editing will be carried out both in South Korea and at various European facilities. Twenty edit suits will be used on location with a total of one Petabyte of storage being available.

A large EVS system will be linked to the Adobe Premiere suites in PyeongChang. Working alongside that will be an Avid Interplay system in Paris. Every piece of content that is shot on location will be made available on a Cloud based management system for anyone working for Discovery.

One studio in PyeongChang that has created significant interest is the so-called Cube. Equipped with one pedestal and one jib mounted camera, a Grass Valley switcher and Calrec audio console, this facility can be booked by any of our markets for their own use. “It is totally immersive and has been a really serious technology challenge,” explains Farnsworth. “LED screens are available floor to ceiling on three walls, and on the floor. All of the screens will have augmented reality driven by Stype and Vizrt technology and will allow presenters to tell stories in a completely new way.”

The set up will allow, for example, the action of a downhill skier to be shown on the wall. The skier could appear to emerge from the wall and the presenter walk round the image. The AR graphic can show the body position and angles, which can then be twisted or turned as the story develops. 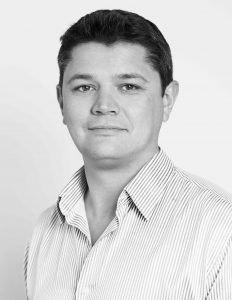 Farnsworth continues, “We can also give the impression that the viewer is actually on the ice during an ice hockey match. With players going around the viewer, such issues as body angles can be explained and tactics discussed. As well as Libero analysis tools we can produce heat maps for ice hockey in terms of where the players have been. Beyond the Cube facility, all the studios will have access to all of that analysis technology.”

Data services for the Winter Olympics are provided by Deltatre’s Magma System. In another first for the PyeongChang games, the OBS data will be sent to the cloud, making it available for all Eurosport’s production centres throughout Europe. This includes those Discovery facilities that are providing digital content for the OTT services.

On the Social side

“In connection with the social media output, we have invested in new studio equipment in both France and Denmark,” says Farnsworth. “That aspect of our agreement is important – it will bring a new audience to the Winter Olympics. We will have social media editors all over Europe editing content for the digital platforms as well as the linear TV channels.”

Honeycutt goes on to talk with some passion about another first that will be seen in Korea. “We are calling it the Radical Van. This is a mobile studio that can be driven from one venue to another. It is an opportunity for us to get close to the fans, or to bring in an athlete.

“It’s a unique van that has gained a great deal of attention for both social media use and traditional TV. It adds to our ability to tell the story a little bit differently from the way it might have been told in the past. It took a lot of discussion and negotiation with OBS and the IOC (International Olympic Committee) to allow us to get close to the action in this particular way. Security was an issue when it came to that kind of flexibility to help us to tell the story – but we overcame the obstacles and are really excited about the potential.”

So, with around two months before the Games start, what other preparations are currently underway? Honeycutt explains, “Security is a massive focus for us. We have our chief information security officer fully involved in the Olympics. There will be hundreds of laptops used by staff in South Korea. We will want to know from the staff their password structure, how they are setting those passwords and so on.

“Of course, we need to have a plan if any of those devices is lost. What happens if there is a cyber-attack? Sadly, all of those details need to be covered. It’s the way of the world, unfortunately, and the IOC has serious restrictions and requirements. We have the responsibility to ensure we are doing everything we can to use the information legitimately.”

Farnsworth adds, “We are ramping up now, testing on winter sports events with an emphasis on Four Hills ski jumping,” states Farnsworth. “We will be using the same technology in terms of encoding systems and talkback circuits, and the same Cloud based Asset Management system we will be utilising in South Korea.

He reveals that the Australian Open Tennis will also act as a strong test event. “The reason is that the tennis Grand Slams are probably the only other events that give you the same amount of video footage as Olympics. That’s because you are covering up to 20 courts. On the Super Sunday during the Winter Olympics there will be 13 events that are live. Over the last few weeks, we did all our Disaster Recovery tests. So, the biggest focus right now is on testing.”

He concludes, “Make no mistake, these Games are massive and a challenge we are more than happy to meet – but they do foreshadow the way such broadcasts will be carried out in the future.”