Preparing for Pyeongchang: How Channel 4 will bring the Paralympics to UK screens 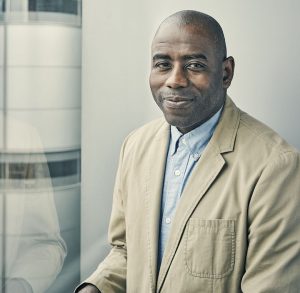 During Rio 2016, Channel 4 broadcast over 700 hours of Paralympics coverage to its audiences. In all, around 28 million viewers, nearly half of all UK TV viewers, watched the spectacular events. Beyond that, the broadcaster made a ground-breaking commitment to on and off-screen diversity, assembling the largest ever team of disabled presenters on UK television and training 20 disabled production staff who worked on coverage of the Games.

At the time, Channel 4 chief executive David Abraham said: “Over the last two weeks, Channel 4 has engaged millions of British viewers with the awe-inspiring feats of elite athletes from the Rio 2016 Paralympic Games.”

Sir Philip Craven, International Paralympic Committee (IPC) president, added his praise. “As shown with its outstanding coverage of Rio 2016, Channel 4 continues to set the international benchmark for how Paralympic sport should be covered by a broadcaster. They lead the way both on and off the screen and we look forward to working with them for a further four years through to the Tokyo 2020 Paralympic Games.”

Now, with the XII edition of the Paralympic Winter Games from Pyeongchang, South Korea, just over a month away, Channel 4 – the exclusive UK and Eire TV broadcaster – plans to bring further extensive daily live, recorded and digital coverage of the games.

“As ever, programme excellence with innovation will be at the heart of the production with a style and approach that builds on the success and themes of our coverage of para-sport,” explains Stephen Lyle, Channel 4 Commissioning Editor, Sport. “Of course, the number of events will be fewer than the Summer games in Rio, but we will still be presenting more than 60 hours of live coverage and highlights programming from Pyeongchang.”

A world feed of the games will be provided by Olympic Broadcast Services, with Channel 4’s coverage being produced by Whisper Films. “Our plans call for Whisper Films to provide ENG and feature crews before and during the games,” reports Lyle. “Chris Grubb and Richard Gort, who had prominent roles for the BBC’s Ski Sunday programme will lead the creative teams in South Korea. “

The final line up of presenting and commentating talent will be announced closer to transmission time, with the teams being split between South Korea and the UK. Channel 4 will not be using studio facilities in Pyeongchang, relying instead on presentations from the various venues that will host the events. The broadcaster will, however, occupy three edit suites in the International Broadcast Centre. Those suites will work alongside further editing facilities at Whisper Film’s production base. 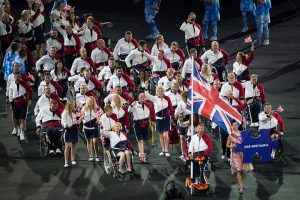 Rio Opening Ceremony: The GB team at the Paralympics in Rio. Credit: onEdition 2016 ©

“Our live coverage will run throughout the evening of all major events, particularly focusing on those featuring British competitors,” says Lyle. “In addition, we are presenting the main evening highlights show from the UK, which will include a new range of analysis demonstrations, bringing an extra level of insight to the coverage. Our demonstrations will attempt to help the viewer understand the complexities and challenges faced by partially sighted and disabled athletes in what are already extreme sports. That show will be come from the UK using facilities provided by Timeline TV.”

Live coverage will be simulcast on Channel 4’s sister outlet All 4, and there will be a range of highlights and catch-up content on social platforms.

So, what does Lyle think is the biggest challenge in continuing with the benchmark coverage that has previously been achieved? “The time difference will be a challenge and makes it a 24-hour operation for the production team. Fortunately, Whisper Films team has a number of key staff who have worked on previous Olympic and Paralympic events, so this experience will be invaluable. We are looking forward to, once again, working closely with the International Paralympic Committee, Paralympics GB and Olympic Broadcast Services, to bring unmatched coverage of the Pyeongchang achievements.”