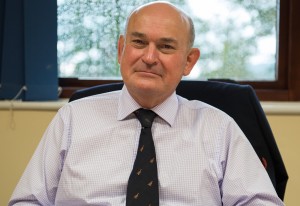 Anderson is a respected broadcast industry executive with decades of experience in board-level management roles, both as an executive and non-executive director. This has included 15 years as managing director of Visions and a number of years as a director of publicly traded The Television Corporation (TTC). Anderson initiated and managed TTC’s sale of Visions to NEP in 2005 and moved with the business. Martin subsequently managed all of NEP’s business interests in the UK until 2010 and, since then, has become a senior consultant to a number of different companies.

Anderson has project managed numerous contract negotiations, acquisitions, bids, and asset purchases for television facilitates and production technology services. He holds an MBA from Henley Management College and is a certified member of the Charted Institute of Management Accountants.

Presteigne CEO Mike Ransome, who led the MBO, said: “Martin possesses the perfect business and financial acumen and industry experience that Presteigne needs to guide the company in this exciting new chapter in its history. His business and financial leadership success, particularly in regard to privately owned firms, is proven and impressive, which will strengthen the relationship with our investors and ultimately benefit our customers and suppliers worldwide.

“The industry response to the MBO has been universally positive, which I believe clearly identifies a singular opportunity to solidify and expand our position as the industry’s premier mainstream broadcast dry hire company. I am delighted that Martin has agreed to provide his guidance and expertise as a key member of our team.”

Anderson said: “The accelerating move to 4K and associated new technologies and delivery platforms present excellent business opportunities for dry hire companies. There is an understandable reluctance by many broadcasters and service providers to make major new technology investments in the early stages where the utilisation can be low and economically difficult to justify. By contrast, Presteigne, as the UK’s leading dry hire company, is already perfectly positioned to fill that gap. Very soon it will be able to provide even more.”

“We have an aggressive investment and development programme in place that will continue to evolve as we exploit the vast opportunities that Presteigne has not only earned by virtue of its quality of service to date, but will soon be able to develop as a result of its independent nature. It is a profoundly exciting time for our management team, staff, and customers.”