CBS Sports, the Golf Channel and PGA Tour Live have finalised plans for the return of live PGA Tour golf this weekend as the Charles Schwab Challenge at Colonial Golf Course in Ft. Worth, TX. And challenge is the right word as the efforts are the results of two months of solid planning that has created a new production philosophy driven by social distancing and the need to minimise on-site production staff.

“This is the most complicated production I have ever been involved with, including Super Bowls and Final Fours,” said Sean McManus, CBS Sports, chairman. “When we started two months ago first and foremost was a production that is safe for everyone on site with fewer people and social distancing. Then it became about how can we produce the coverage with things like graphics and shading in another location.

“It’s incredibly complicated and then you put the layer on top of that with screening, testing, and quarantining for the safety of employees. We’ve dealt with things we never have before.” 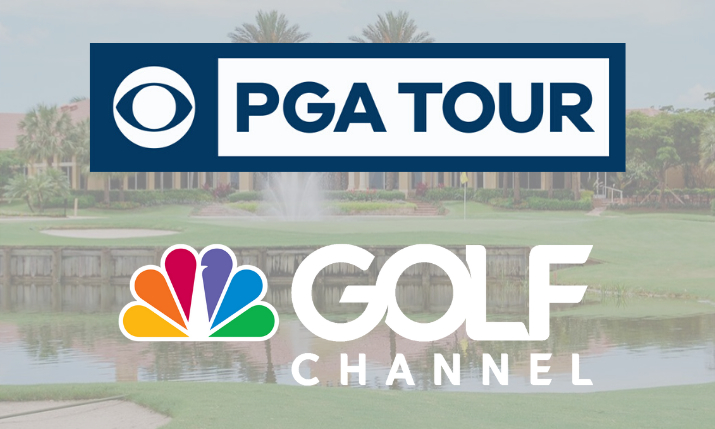 The team in Fort Worth is joined by team members working at Golf Channel studios in Orlando, Los Angeles, New York, Stamford, CT, and New Zealand as the ARL Virtual Eye production team is operating from Dunedin on the South Island. Many of the production elements, including the scoring graphics, remote editing, video shading, multiple replay devices – including the new multichannel Hawkeye system – and editorial support, come from these remote locations.

All told 59 hours of live golf will be delivered to fans in a completely new way via 23 cameras, including 10 hard cameras, six mini RF cameras, plus robotic cameras and live drone coverage if final testing goes well.

“The use of the drone looks pretty good right now,” said McManus.

The challenge of learning how to reinvent production for arguably the most difficult sport to cover, given all of the simultaneous play, didn’t stop innovation. Along with some of the now-standard innovations like Toptracer, Toptracer RF, ARL Virtual Eye and Swingvision will be a new ARL Virtual Signage offering. Augmented Reality technology will be utilised to virtually place statistics, player information and sponsorship partners on the course with full trackable camera moves so that the images appear to be actually on the course.

Also, for the first time ever, Hawkeye replay technology is integrated into the linear broadcast with an operator controlling every camera angle remotely from home and contributing with real time replays from action on the course. Graphics and replay will be operated out of a facility in Los Angeles, a large part of the production will be done in New York at CBS, and a mobile unit in Stamford outside of the Golf Channel will also be in use while the NEP truck on site has also been modified to comply with social distancing.

“We reconfigured the truck which usually holds 22 people to now have only nine people and there are more mobile units on site,” said McManus.

For all four days Jim Nantz will anchor coverage from the 18th Tower by himself and a robotic camera instead of five or six people and analyst Nick Faldo at his side. Nantz will be joined on site by on-course reporters Dottie Pepper and Mark Immelman. Lead Analyst Nick Faldo, Ian Baker-Finch and Frank Nobilo will offer analysis remotely from the Golf Channel in Orlando and Amanda Balionis will contribute reports from her home.

Nantz says the game plan that has come together is incredible and that there are so many new wrinkles, like his inability to enter the compound or the clubhouse.

“We can’t get together as we normally would to have an on-site production meeting,” he said.

One of the wrinkles will be avoiding cross talk between Nantz and Faldo as Nantz says they won’t be able to see when the other has put a period on a thought like they can when they are on site together.

“We’re usually shoulder to shoulder and face to face having a conversation so it is another one of those nuances we will have to figure out,” he said.

One new feature Nantz and McManus are excited about is called ‘Inside the Ropes’. A small tent will be located after one of the holes on the course with a camera. Players can enter the tent, pick up a card with a question, and then answer the question via an unmanned camera that will be set up so that players can simply start talking.

“I think it can make a big difference and we need the players help,” said Nantz.

Questions could range from how is the course playing to what does a golfer need to do on the back nine to win. A quick 20-second answer could be played live or played back later and Nantz says he thinks the concept could be a great fit for other sports as well.

“It’s something that could be standard operating procedure and could actually cross over in to other arenas,” said Nantz. “Guy hauls in a 60-yard touchdown pass and can walk over and give a soundbite about how they got free and it can be in the broadcast.”

But, for now, he says, it is a wonderful opportunity for the game of golf and the PGA Tour to be part of what he sees as a tremendous addition to the coverage.

“We have a sports-starved nation, so this is a chance to create a wider fan base than the sport has ever had before,” he said. “And it is very personality driven so viewers can hear from the players in a way that is not obtrusive and is an opportunity for the players to invest in their own game.”

Players are also volunteering to be miced up for the tournament, something that McManus says will make the broadcast more alive and interesting for the viewer.

“We’ve been talking to the Tour about it for years and I think there is a greater appreciation now to contemporise coverage and make it more interesting for people at home,” said McManus. “Not every player will say yes, and the majority are saying no, but there is a willingness to be miced. It also isn’t two way.”

The current plan is set for the first four weeks, but McManus says he wouldn’t be surprised if it is the plan that is in place for the rest of the year.

“I have a lot of respect for the production and operations team and the way they have put together a new way to do things,” said McManus. “And there are a lot of lessons here, some of which will make our golf product more efficient and better. Golf is difficult as it is and then we have a situation where the health and safety is the highest priority. To combine the two has been an amazing process and I am so proud of our team and the work they’ve done.”