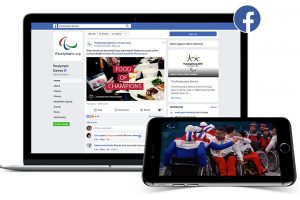 Craig Spence, IPC director of media and communications said: “The fact that Grabyo is so easy to use meant we were able to use volunteers to build an extensive inventory of content – after just 30 minutes of training we left them to clip every race, match and ceremony.”

Using Grabyo, the IPC’s team of volunteers posted real-time highlights of every race, match and ceremony on YouTube. The IPC’s digital team then used Grabyo’s technology to pick the best clips for distribution on Facebook, Twitter, Instagram and Weibo.

According to the IPC, working with Grabyo allowed it to reach more people than it did for the Sochi 2014 and London 2012 Paralympics combined.

During a 10-day period, the IPC’s digital media channels is said to have reached 251m people across YouTube, Facebook, Twitter and Weibo – more than Sochi 2014 (which reached 66m) and London 2012 (which reached 94m) combined.