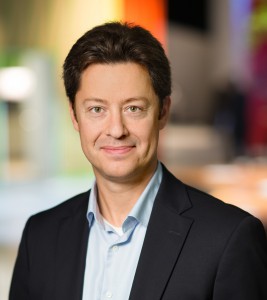 As SVG Europe reported last week, Vodafone Germany has become the first European carrier to conduct live tests with LTE Broadcast in collaboration with communications technology and services provider Ericsson, Qualcomm Technologies and Samsung. The trial took place at Borussia Mönchengladbach’s stadium on Saturday 22 February, when they played 1899 Hoffenheim in the Bundesliga.

Joakim Sorelius, head of Ericsson’s LTE Broadcast Program, reflected on the commercial and technical implications of this landmark trial.

In what key ways is this trial technically and commercially significant for Ericsson?

LTE broadcast is Ericsson’s name for the solution containing three standards: 3GPP eMBMS transmission in the RAN, MPEG-DASH video encoding and HEVC video compression. Ericsson’s solution is technically mature and commercially available from Q1 2014. Even though Ericsson has worked for a long time with this technology, it is new to most operators. This trial demonstrates to Vodafone and its stakeholders, as well as the larger operator community, that LTE Broadcast is a mature technology that is easy to deploy in an existing LTE Network, and that that the delivery of exclusive premium content is efficiently done with very high quality, providing superior end-user experience to subscribers.

What are the specific implications of a successful trial for sports broadcasting?

The trial demonstrates that exclusive premium content, that could not otherwise have been provided to the subscribers, can be efficiently delivered with very high quality, providing superior end-user experience. It also demonstrates that LTE Broadcast-enabled smartphones and tablets are available in the market, which removes one of the hurdles for large-scale deployment. The trial shows that operators can form new partnerships with other industries, such as the content industry, and transform themselves to leverage their spectrum and LTE Network assets to become key players in the media industry.

What is likely to be the next major step for LTE Broadcast?

As more and more LTE Broadcast-enabled devices appear on the market, while operator’s understanding of the potential of the technology and its associated business models increases, we expect several operators inside and outside of Europe to launch commercial services using Ericsson’s LTE Broadcast solution. As more and more deployments are present, more and more use cases will appear, and consumers will start to demand the types of unique services only LTE Broadcast can provide.