Qatar 2022: SVT Sport on bringing all the World Cup action back to Swedish fans in a Nordic broadcast collaboration 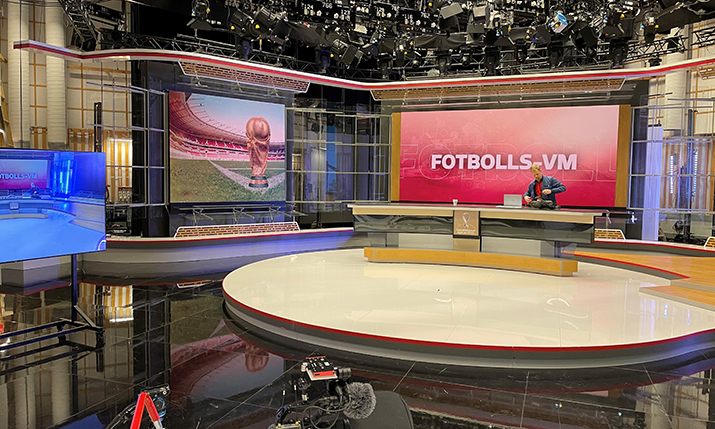 SVT Sport is set to deliver every moment of the FIFA World Cup 2022 to football fans across Sweden.

SVT Sport is sharing the 64 World Cup matches 50/50 with TV4 Sweden, and additionally is part of a joint venture with a group of Nordic broadcasters working with Eurovision Services to bring in excess of 35 signals back to Europe.

Åsa Edlund Jönsson, SVT Sport’s head of sports, comments that working with fellow Nordic broadcasters has been a highlight of the preparation for her and the team at SVT Sport: “The most exciting bit with our production and workflow is the collaboration we have with other Nordic companies.

“We do a joint venture, bringing home all the feeds to our [respective] countries. We have a designated person in the IBC [in Doha] who will distribute the 64 match package with multiple feeds back to all the Nordic takers.”

Speaking to SVG Europe, Jönsson adds: “For each match during the World Cup, we will produce two to three minute highlights that can be viewed by the audience on our digital platforms besides airing 32 the matches live, of course. Highlights are hugely important to the Gen Z audience, so we put a lot of effort into this.” 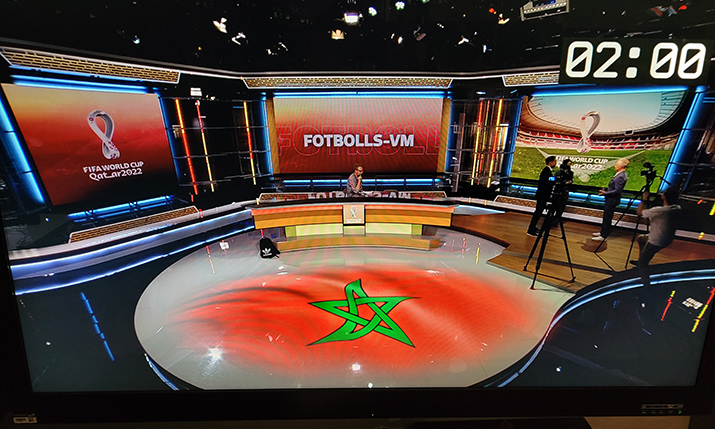 Besides the multiple FIFA feeds SVT Sport will have a studio at home and three ENG teams on site reporting before and after the matches, as well as in the breaks. The three ENG crews will mainly be using Sony FX6 cameras at the venues, with portable LiveU streaming units for video over IP.

Jönsson comments: “On site, we have three ENG crews using LiveU; one reporter for social media and two commentator teams. In Stockholm we have a big studio with one anchor, a panel of three experts plus guest experts depending on the games. The master control is also in Stockholm, but all available feeds from the Qatar production is at our disposal via the Nordic network; a Nimbra network with one team in Doha is doing the switching of signals for eight broadcasters.”

The studio at home has five cameras set up with large LED screens plus augmented reality (AR) and virtual reality (VR) graphics. Notes Jönsson: “Our ambition was to launch a brand new studio for the FIFA World Cup, but due to some delay we will do that launch during the World Championship in biathlon instead.”

André Pops is SVT Sport’s anchor for the World Cup. He has been voted best sports anchor in Sweden six times and is a big profile name for the broadcaster’s World Cup coverage. 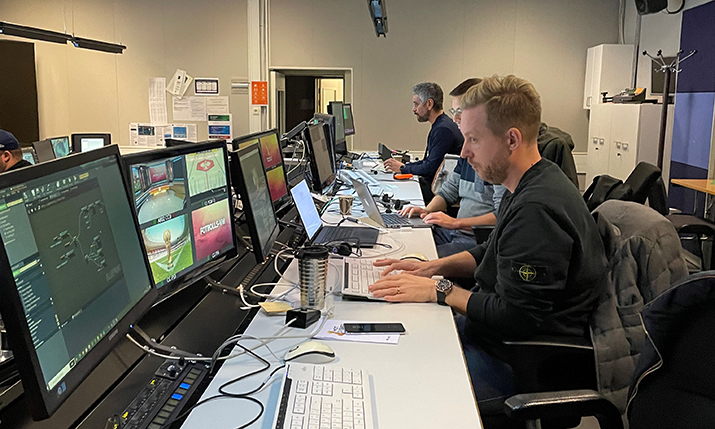 SVT Sport’s graphics, producer and EVS op working in the control room in Stockholm on test day for the broadcaster’s World Cup coverage

“We aim to deliver a comprehensive coverage on all our platforms, of course covering the matches but also reporting on Qatar as a host country.

“The World Cup is a fantastic sporting event where the best football players in the world compete for the title,” however, she continues. “The World Cup is played in Qatar, which has received a lot of criticism – among other things – about a lack of human rights. Both things are true at the same time. Therefore, we broadcast and report on the football matches as usual and review what we believe should be reviewed, just as we have done in connection with many other sports championships in the past.

“Besides that, our main goals and objectives for the world cup is to deliver highest quality broadcasts on our linear and digital platforms both regarding our studio at home but also the contributions from our three ENG teams onsite reporting live and live on tape from Qatar. We are also focusing on Gen Z and have a special focus on social media and highlights.”

She notes on the issues SVT Sport faced in setting up the broadcast: “The main challenges have been how to get the FIFA feeds from Qatar because of the high costs involved. But also, to find the best solution for our ENG teams at the stadiums to participate live without it being too expensive for us as well.”

She concludes: “[We have experienced] a lot of issues with the Qatari customs and various authorities.”