Quantum gearing up for 4K with latest StorNext solution 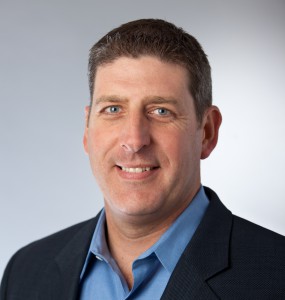 Showcased for the first time at IBC 2013, Quantum’s StorNext 5 represents a significant evolution from the workflow storage platform’s previous incarnation, incorporating a structure that was essentially rebuilt ‘from the ground up’. Enabling media customers with large-scale content repositories to scale to 5 billion files in a single Stornext 5 system, the redesign also delivers provision for fast-emerging 4K workflows.

Heading up the roll-out of StorNext 5 is Geoff Stedman, who is three months into his new role at senior president of StorNext solutions. His name will, however, be a very familiar one in media storage circles: he spent many years at Omneon as vice-president worldwide marketing and, subsequent to the acquisition by Harmonic, served as both senior VP of marketing and general manager, Storage Business Unit, at Harmonic, and as head of product and marketing development for the Omneon MediaGrid storage line. Most recently, he oversaw the marketing effort at flash-based storage solution specialist Tintri.

“StorNext 5 is a major release for us in that it essentially represents a ground-up rebuild from the previous version, StorNext 4.7,” Stedman tells SVG Europe during a brief stopover in London before returning to his San Francisco base. “We had this huge market share, almost 100,000 licences in total, but some time back the decision was taken to think carefully about where we are going over the next five years: what scale and performance we want to deliver, and what are some of the potential limitations [with the current version] that we need to address for the future. The result was that the engineering team spent two years developing StorNext 5.”

Notable improvements include an increase in scalability and a greater accommodation of different network topologies to ease the integration process. In addition, notes, Stedman, “part of the requisite for version 5 was to improve the way the system manages metadata to make it much more efficient. The method by which we handle and index metadata, and the amount that is stored and the way it is stored… all of this has been reviewed and rebuilt.”

The changes will bring benefits for sports production, he believes: “One of our general abilities has been support for high data ingest and direct editing, meaning that in sports it is possible to record feeds and turn them around quickly for editors to cut stories for sports shows and the like. That is still very much [a big part of StorNext 5].”

Quantum has also been at pains to accommodate the emerging 4K format in its reworked platform. “One of the drivers of the performance metrics in the product definition was support for 4K,” confirms Stedman. “We have a strategy to embody StorNext in general in systems, so we now provide either software or fully integrated systems with Quantum metadata control and metadata storage. As showcased at NAB 2014, we now have a number of specific configurations [to suit different applications] and among these is a system configured for 4K production [that features a] higher performance metadata controller and the right amount of disc, all tested with 4K.”

Like many observers, he expects UHD to take some time yet to achieve real market traction, but feels that the argument to consumers is “more compelling with 4K than when we were going through it with 3D; there is such clarity and such detail [with this new format]. We are beginning to see some OTT and [on-demand] services like Netflix and Amazon Prime start to push out 4K content, so it could be that the whole smart and connected TV side is one of the big drivers initially as opposed to traditional broadcasting.”

In the meantime, Stedman has plenty on his plate – not only is he spearheading the roll-out of StorNext 5, there is the wider context of Quantum’s own ongoing transition towards becoming “a full line storage provider, but also with a laser focus on specific verticals – M&E being one of the biggest.” In the longer-term, he adds, the company will be working closely with customers who wish to move over to cloud-based operation. “The question of whether the cloud can help us, can be a place for us to integrate some of our workflows, definitely represents an area we are looking at,” confirms Stedman.