Storage has never been a sexy subject, but sometimes those behind the technology in sports broadcasting manage to make it so. Quantum, the provider of scalable tiered storage plus archive and data protection, spoke to SVG Europe about the latest technology it is employing to provide technology for capturing, sharing, managing and preserving digital assets over the entire data lifecycle.

Where has Quantum come from and where is it going in sports broadcasting? 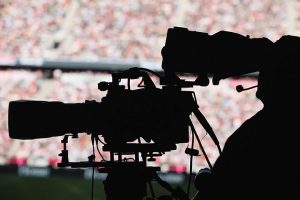 4K and 8K for sports broadcast is coming so it is time to work out the storage side of things, Lerner says

We are highly focused on sports video production. Traditionally we’ve been in post and live productions, video sporting events and coaching systems. Recently we’ve also been more active in security; we do a lot of work in arenas, sports channels and physical security aspects, plus all video elements.

One of the things we’ve been focused on is helping customers with the major transitions they are faced with today. 4K and 8K mean more storage, and importantly, faster storage, so we’ve introduced products to help them.

There are a lot of buzz technologies around at the moment, from augmented reality (AR) to AI. What are you doing in these spaces?

A lot of organisations we work with are shooting in AR, 360 degree and 180 degree formats. This additional technology is just putting an increasing load on the storage systems. It requires storage systems to be faster.

The direction we’re now going in for our sports broadcast customers is non-volatile memory express (NVMe) products. It’s the fastest form of flash memory there is, 40 times faster than other alternatives. It’s ethernet versus fibre channels-based. That general move to NVMe allows us to support new higher fidelity 4K TVs and eventually, 8K broadcasts.

So around our work on NVMe, we have been looking at making things AI-driven, more automated in how systems configure and manage themselves, so people can spend time editing rather than managing storage systems.

We’ve been implementing some of this into StorNext. We’re trying to have this system manage and optimise itself based on the user’s storage pattern. In September, we announced significant enhancements to the Xcellis scale-out storage appliance portfolio. This includes StorNext 6.2, which bolsters performance for 4K and 8K video while enhancing integration with cloud-based workflows and global collaborative environments. This is going to be announced as generally available on 28 March this year, at NAB.

NVMe storage significantly accelerates ingest and other aspects of media workflows. These enhancements help Xcellis to be seen as a solution to ingest, edit, share and store rich media content.

Quantum has also partnered with Veritone, developer of an artificial intelligence (AI) operating system that orchestrates cognitive engines, to bring AI content analysis to locally stored data. This on-premise solution for AI processing and metadata mining optimises performance, controls cost, and retains all the advantages and flexibility of cloud-based solutions.

aiWARE for Xcellis is an appliance-deployed, on-premise and cloud solution designed for StorNext environments. It provides a combination of containerised AI engines for execution on premise with access to cloud-based engines and applications for maximum flexibility.

How about cloud storage? Is that something you see as being a lot of use in the 4K and 8K sports broadcast world going forward?

One of the trends we’re seeing is video becoming high fidelity while there are also more channels to broadcast. The complexity of the underpinning infrastructure is just getting more and more complex, and cloud isn’t necessarily an option. This is because video and sound files are now so large, moving them to and from the cloud isn’t an option. So we’re getting sports broadcasters coming to us asking us to run the underpinning infrastructure for them.

For this we’ve been working on the ability to discover something within the network infrastructure and manage it from our cloud storage infrastructure; we are doing it like it was the cloud but using on-premise equipment.

Quantum’s cloud services are being rolled out to our first customers now. We’ll have more to talk about soon.

How are you working with sports broadcasters working in extreme conditions?

Large storage systems make a lot of sense for stadiums and large events in one place, but what about if you’re filming on a glacier? We have been building ruggedized products just for this kind of scenario.

In November last year, we announced a new ruggedized, in-vehicle storage solution designed specifically for mobile and remote capture of video and other internet of things (IoT) sensor data. Quantum Mobile Storage products are available in different capacity and performance models and are designed for mobile environment such as autonomous vehicle development, where each vehicle produces several terabytes of video, image and sensor data every day.

It simplifies data ingest by including unique features that automate the process of offloading data to a StorNext shared storage environment.

What else have you got coming up?

At this year’s NAB Show in Las Vegas, visitors at the Quantum Booth (#SL4409) will be treated to an array of new high-performance solutions demonstrations that support highly demanding workflows, preserve valuable media assets, and provide the infrastructure behind the stories that entertain and excite the world.

Quantum is excited to showcase new NVMe technology. This is about storage solutions based on NVMe technology, promising to drastically change the economics of flash-based storage, and offering organisations both greater performance and significantly improved cost effectiveness. Quantum’s new solution offers customers over 20GBps read and write performance.

Also, the Latest StorNext file system advancements will be on show, with award-winning file system, StorNext, that has continued to evolve and improve. Latest features include better integration with cloud workflows, comprehensive NAS and SAN unified access, and improved manageability.