StreamAMG and Queens Park Rangers have agreed a long-term contract extension to continue a partnership that began in 2016. The deal will see the Sky Bet Championship side continue to use StreamAMG’s suite of products for live and video on demand services, which are marketed under the QPR+ brand. 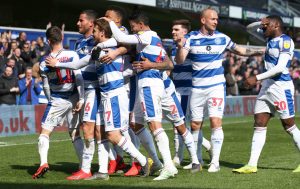 StreamAMG’s chief operating officer Matt McKiernan said : “We’re delighted to be continuing our long-term relationship with Queens Park Rangers. With initiatives such as QPR+ and their stadium ticket wallet, the club have shown themselves to be the most forward-thinking in the country when it comes to digital.”

“For StreamAMG, this renewal is the latest step in the continued development of our activity in football and we look forward to working closely with the club over the coming years.”

QPR’s head of Media & Communications Paul Morrissey, said : “We are delighted to extend our relationship with StreamAMG. Their OTT expertise has enabled us to develop and grow a service which we are tremendously proud of. We look forward to developing and improving the QPR+ product going forwards which enables fans all over the world to watch the team in action.”

StreamAMG’s sports division works with a host of clubs across the Premier League, EFL, SPFL and other competitions including Spain’s La Liga, Ligue 1 in France and Serie A of Italy. Outside of football, organisations and rights holders across darts, golf, cricket, rugby league, rugby union and many more rely on StreamAMG’s live and VOD services. The company recently launched Guinness PRO14’s OTT site, the first for a rugby union competition, bringing the league to territories around the world.