SVG Europe is happy to announce the Qvest Media is now a Gold Sponsor of the organisation. Qvest Media is a global systems architect and ICT integrator in the fields of broadcasting and media technology, specialising in the television, media and telecommunications industries.

The company, headquartered in Cologne, has additional locations in Europe, the Middle East and Southeast Asia. With a spectrum of services consisting of consulting and development, systems integration and service and support, Qvest Media offers expertise in the design, development, implementation and operational support of media technology infrastructures. 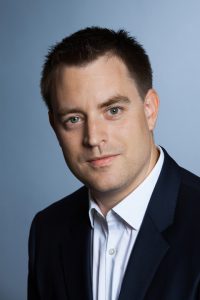 Daniel Url, managing director at Qvest Media in Europe, commented on the company’s new partnership with SVG Europe: “We are delighted to become a Gold Sponsor for SVG Europe. The team at SVG provides an excellent platform for an inspiring exchange with various players of the sports content production and distribution markets that in the end adds true value to the evolution of the whole industry.

“We are looking forward to collaborating with existing and new clients, in turn allowing us to even better address future challenges of the sports industry,” added Url. “At Qvest Media, we are committed to help media and production companies thrive in the digital transformation of the sector by connecting advanced technologies to new business models and game-changing platforms.”

Qvest Media was the main technology partner for German public broadcasters ARD and ZDF at the Winter Games in South Korea. The systems architect and ICT integrator provided ARD and ZDF with a variety of broadcasting technology solutions.

The company also helped Sky Deutschland as technological advisory in the development and planning phase, the design of the systems architecture, as well as systems integration, delivery and commissioning of the broadcast, production and IT infrastructure for its new sports production and broadcasting centre, Sky Sport HQ. Sky Sport HQ was ready to roll for Sky Deutschland from the beginning of the 2017/18 Bundesliga season on 18 August 2017. 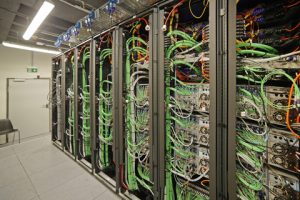 With its business unit, Managed Technology, Qvest Media supports media organisations along their entire digital transformation process by covering everything from technology infrastructures to services and technical operations offered within streamlined and future-oriented payment models. In addition, Qvest Media ranks among Europe’s largest trade and distribution houses for technology in the fields of professional AV, plus IT and broadcast, with a commercial portfolio of around 250,000 products as well as partnerships with nearly all major manufactures from the media and IT industries.