Ready for primetime: On the road with tpc’s flagship UHD1 IP-based OB truck

Since tpc rolled its UHD1 OB truck onto Swiss roads last October, the IP and HDR truck has produced a number of sports, entertainment and cultural shows.

“If you walk into the truck, it doesn’t look different as an OB van,” Andreas Lattmann, the chief technology officer for the Swiss broadcast service provider told SVG Europe. “That was the goal because we need this truck to produce TV live shows for sports, cultural events or entertainment. 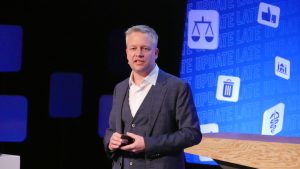 “The user interface looks quite similar. We have the VSM logo in the truck and have it configured as if it was in an SDI world. It is great to see our new truck on the road, giving us both outstanding production quality and valuable experience in developing and operating IP networks,” said Lattmann.

“Most important, it does all this while looking and feeling like the trucks that our crews have been operating for years.”

When UHD1 was sent on the road for the live production of the Ski World Cup in Wengen in January, the crew had to cover two races every day. But although they were working long shifts, the crew discussed if they wanted to go skiing the next morning! The production team was absolutely relaxed and sure that the technology works.

“This truck was built to handle a wide range of production scenarios but a lot of the challenges that we faced were around sports production. The truck needed to be fast and it needed to be reliable,” said Steve Reynolds, president, Imagine Communications Playout & Networking Solutions. “The technology that has been employed here is fully uncompressed HD and UHD. Every signal that is moving through this truck is an uncompressed 2110 signal which means all the audio and video is 2110.” 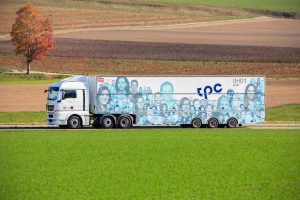 Switching on a full IP core, the heart of the UHD1 is the Arista switch. The UHD/HD IP core uses a redundant set of Arista 7504R modular switches. The system’s core IP format is SMPTE ST 2110-20/30/40. The IP core includes an Arista 7050TX leaf switch with 1GE ports for audio devices.

The truck is capable of meeting today’s production quality requirements, including HDR UHD, and of evolving to accommodate future market demands. With additional plans to build a new, IP-based facility in Zurich, tpc also wanted to use the truck as a learning exercise on how to construct and operate SMPTE ST 2110-based IP infrastructure.

“We want to get experience and to figure out if that technology works. That site is much bigger than the truck,” said Lattmann. Swiss national public broadcaster SRG SSR is building a news, sports and technology centre that will be opened by mid-November 2019.

The truck runs with up to 24 UHD cameras and up to 288 audio channels. “We tried to make a 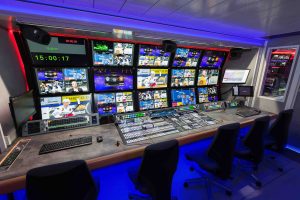 comparison on what is the amount of signals we can handle compared to a video matrix. The rough size is around 184 x 184 if we share half of the gateways at the In and at the Out,” said Lattmann.

“Everything that is not ST 2110 ready is brought into the network via gateways. The connected Imagine Epic multiviewer is completely IP-based. Sony could not provide 2110 products at the time when the UHD1 was built. Therefore, after every camera, in front of the vision mixer and at the output of the vision mixer are gateways. We plan to exchange that to full IP-based as well.”

“We are using a COTS core which has very high bandwidth, speed and connectivity,” said Jochen Kuhnen, strategic solution management, Imagine Communications. “We built bits and pieces around it to make it usable in an OB live situation. The key enablers are SMP processors to connect SDI into IP and over IP and the controller of all of that in a way that makes it usable.”

UHD1 has a fully redundant backbone. In case a switch, fibre of cable fails nothing is going to happen because every package is sent twice via two interfaces via two network switches. The receiver chooses which package he wants to receive and merges them package by package at the destination. “We tested it and it works without any issues,” said Lattmann. “The core switch is much smaller and more efficient. We don’t have all the cabling anymore. If you have a 256 UHD square routing system, you have a lot of interconnections between all the different routers.