Ready for Rio: How UK viewers will watch the Paralympic Games 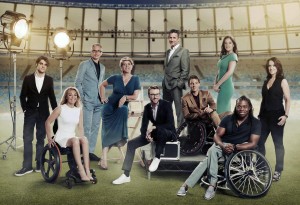 Television coverage has played a significant role in raising awareness of the Paralympic Games. This year, those events will take place between 7 and 18 September in Rio following the completion of the Summer Olympics. With participants from 160 countries, the Paralympics is the biggest multisport event for disabled athletes in the world. At the London 2012 Games, more than 4200 athletes participating in 20 sports were watched by a growing television audience.

Like the Olympic Games, Host Broadcaster coverage is provided by Olympic Broadcasting Services (OBS). In the UK, the rights holder for the Paralympic Games is, once again, Channel 4. “Our coverage from London four years ago was widely acclaimed and we are obviously delighted to be involved once more,” states Stephen Lyle, commissioning editor for sport at Channel 4. “Our output is being produced by Sunset + Vine, and will be utilising two add-on OB units at the athletics stadium and swimming venue for our dedicated coverage of those amazing events. Sunset + Vine will also be providing ENG crews so that we can collect interviews from the training camps and colour material surrounding the events.”

Despite the success of London, Lyle says his team is looking to improve on most aspects of the coverage. “There were lessons learned, but the main one was that we can be at least 10 per cent better with everything we do with a greater focus. We are looking at going even further in terms of research, and importantly, we are increasing the number of disabled talent who will appear on screen.”

Channel 4 named 2016 as its ‘year of disability’, and two thirds of the on-screen team for the Games are disabled, including all four daytime presenters. Claire Balding, who will host live coverage from Brazil, will be joined by actor and disability activist RJ Mitte, star of hit US series Breaking Bad.

The commitment to on-screen diversity is being matched by an unprecedented off-screen commitment via the Rio Production Training Scheme. More than 15 per cent of the Sunset + Vine production team are disabled people – most of whom are brand new talent identified and nurtured through ground-breaking training schemes.

Twenty-four disabled people, who were entry-level candidates when they joined Channel 4’s Rio Production Trainee Scheme, have successfully completed their training – 20 working on content in Brazil. They have secured roles such as production coordinators, researchers and technical assistants working at companies such as Sunset + Vine, IMG, Princess, Open Mike, Deltatre, MOOV, Timeline and Boomerang – and with other broadcasters including the BBC, ITV and Sky.

On the technical front, Lyle believes that the channel’s ability to tell stories – a key element to the Paralympics coverage – will be enhanced by significant improvements in the camera and editing technology that have appeared since London 2012. “We have access to improved connectivity, better infrastructure and enhanced facilities surrounding the Paralympics. And that means we will have the capability of broadcasting all the events hosted by OBS live from Rio back to the UK. There is no doubt this will be the most comprehensive coverage ever of a Paralympic Games.”

Channel 4 will have a studio within the International Broadcasting Centre, and alongside presentation of Games coverage this facility will be used for the nightly satire show The Last Leg from Rio for the duration of the event.

According to the broadcaster, the Rio Games will be the most accessible Paralympics ever with subtitles available across all coverage, with live audio description and signing of the Opening and Closing Ceremonies simulcast on 4seven. And there will be audio described and signed editions of The Last Leg available each evening on 4seven soon after the live broadcast. Accessible versions of both the Opening and Closing Ceremonies and editions of The Last Leg will be available on All 4.

Channel 4 says that innovation continues to be at the heart of its coverage, with the Rio Games seeing the unveiling of a brand new and much improved animated LEXI – the revolutionary on-screen graphic which explains the complex classifications of Paralympic sport.

LEXI, created by Paralympic gold medallist Giles Long MBE, was first introduced at the London Paralympics in 2012 and helped viewers understand how athletes with different types and levels of impairment are separated into groups or classes to ensure they can compete fairly against one another.

The LEXI system has been completely overhauled for Rio with three-dimensional animation replacing much of the on-screen text, giving the audience greater understanding by linking impairment types with the functional attributes important for success in each sport.

So, what does Lyle see as the biggest challenge when it comes to covering these Games? “Creating an operation to ensure that we continue to build on the landmark coverage we achieved in London four years ago. But we are almost there and we are confident that viewers in the UK will enjoy the best possible exposure to the incredible ability of those participating in the Paralympic Games.”