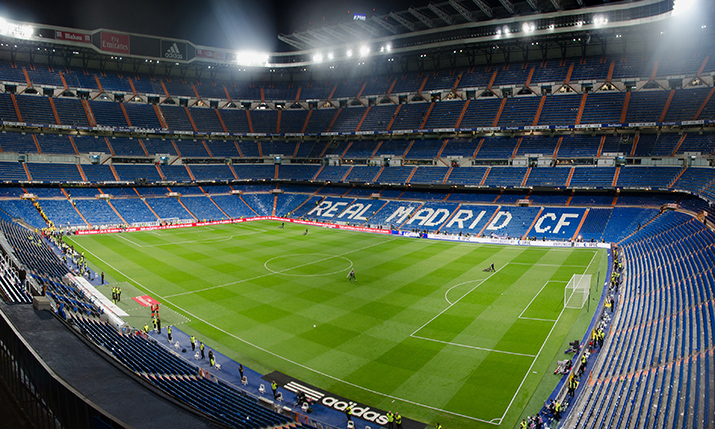 Real Madrid FC, which boasts the largest social media following in football, is the latest of 27 leagues and hundreds of teams globally that have signed on to use Greenfly’s platform to share digital media captured at matches, events, and training directly with athletes. The club says it has had outstanding success with its selection of Greenfly as the platform to help coordinate the launch of the Club’s professional women’s team amid the COVID pandemic.

“Greenfly not only gave us the flexibility to redesign our social media production workflows for a completely distributed team, but we now have the ability to involve the athletes directly in the creative process,” says the Club’s director of digital strategy, Israel Garcia.

“With more than 340 million followers across social media networks, the ability to connect fans, sponsors and other stakeholders directly with each athlete’s channel will completely disrupt the traditional digital media model,” says Michael Sutherland, who oversees transformation at Real Madrid.

“By working with the athletes as media partners, we are able to expand our collective global reach and communicate an impactful and unified brand message. Sports is about creating authentic, passionate connections, and our athletes are the core of that fan experience on and now off the field. Greenfly’s platform facilitates the club’s communication and collaboration with the players and increases fan engagement with our club and our sponsors while also drastically reducing the time spent curating and sorting media assets.”

Officially launched as Real Madrid Femenino in July 2020, Real Madrid wanted to ensure that the women’s team could quickly build awareness as an emerging team and brand during the pandemic, and grow to be independent from the men’s first team. By automating collection and distribution of videos and photos, Greenfly is supporting the organisation’s desire for rapid digital transformation and enables their digital marketing team to focus on providing powerful assets to the players to post on their own social media channels.

“For the players, it’s like having the power of Real Madrid’s entire content team in their pocket and the two-way collaborations means we can bring fans and players closer than ever before.”

“With Greenfly, we have hit the trifecta. Greenfly is allowing our athletes to get access to the best content for their social media faster, straight to their mobile devices in a secure and personalised way. For the players, it’s like having the power of Real Madrid’s entire content team in their pocket and the two-way collaborations means we can bring fans and players closer than ever before.”

Ivana Andrés, defending player for Primera División club Real Madrid, says the Greenfly app has meant he always have a great selection of images and videos customised for her.

“They are available immediately after my matches and training sessions, which I can post to my social media channels whenever I choose to,” she says.

“Real Madrid is one of the most revered sports clubs in the world, both for their on-field prowess and their leadership in digital transformation,” says Greenfly President and CEO Daniel Kirschner. “As the global sports market continues to navigate this past year’s massive shift to digital-first engagement by fans, sharing more authentic content in real time on social media has become critical to capturing and engaging audiences. Greenfly was built to power this shift, and, as we expand into new countries and continents, we look forward to delivering on the incredible fan engagement growth seen by Real Madrid for more sports organizations globally.”

Greenfly supports some of the biggest sports organisations globally, such as Major League Baseball (MLB), National Basketball Association (NBA), World Surf League and Union of European Football Associations (UEFA). The company has also expanded into media and entertainment, working with Canal+, ESPN, and BET, along with political organizations and events, including Biden for President and the International Federation of Red Cross.