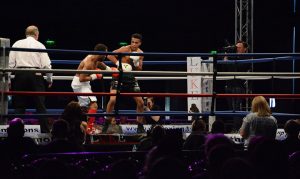 Demand for live sports streaming is on the rise, particularly in the UK, however latency is a cause of concern for viewers.

According to a new State of Online Video research report from Limelight Networks, global demand for live sports streaming is on the up, but nowhere more so than in the UK where over half of people would now like to stream live sporting events, compared to 42% last year.

Live video stream viewing is growing in popularity across sports, online auctions, gambling and eSports. Sub-second live video enables creating interactive online experiences by integrating live data with video. Sports fans can now have more options for how they watch, such as which camera angle they would like to view, right from their computer or mobile device.

With increasing online video consumption, expectations for performance and high quality have also increased. Viewers report that latency matters, especially in live sports viewing. The majority of respondents said they would be more likely to watch sports online if they knew the online stream was not delayed from the broadcast feed.

Video rebuffering also remains the most frustrating aspect of online viewing. The average number of times a viewer will let a video rebuffer before they stop watching has dropped 19% in the last two years from 2.7 times in 2016 to 2.2 times in 2019, according to the report.

Yet traditional live online streaming events are generally delayed by 30 seconds or more from the broadcast feed. With the proliferation of people using social media while watching live sports, this has led to a phenomenon where online viewers experience ‘spoilers’ where they learn about big plays from social media before seeing the action online.

Latency such as this matters to viewers. Globally, 57.7% said they would be more likely to watch live sports online if the stream was not delayed from the broadcast.

Meanwhile, two thirds (65%) of people aged 26 to 45 would stream more sports online if it was not delayed from the broadcast.

Delays in viewing sports events is a greater concern with men than women, with 65.2% of men versus 50.1% of women agreeing they would be more likely to stream a live sporting event online if they knew it was not delayed from the TV broadcast.

To capture these viewers, Limelight said sports broadcasters and other distributors of live online content should choose a streaming partner that offers live streaming that can deliver content to viewers with a range of latencies appropriate for specific use cases, including sub-second latency where viewer interactivity is important. This will ensure online viewers experience the action as it happens, increasing both online viewership and revenue opportunities.

Online video content preferences varies significantly by age; 18 to 25 year olds prefer to watch TV shows, while older ones choose movies. Online news and sports viewership are highest among people aged 36 to 45. Online video gaming, user generated content, and professional videos on social media sites are primarily watched by younger viewers. News is viewed the most by 36 to 45 year olds and the least by 18 to 25 year olds.

Movies are the most commonly watched content in France, Germany, Italy, Japan, and Singapore. TV shows are most popular in India, South Korea, the UK and the US. News tied TV Shows in France and India. Professionally produced content on social media sites has the highest viewership in India. In the past year viewing of movies, TV shows, news and sports in France increased 15% or greater, and the UK experienced similar increases in news and sports.

Also, smartphones have overtaken computers as the preferred device to watch online video.

The State of Online Video report is based on responses from 4,500 consumers in France, Germany, India, Italy, Japan, Singapore, South Korea, the UK, and the US age 18 and older, who watch one hour or more of online video content each week. The full report is available here.