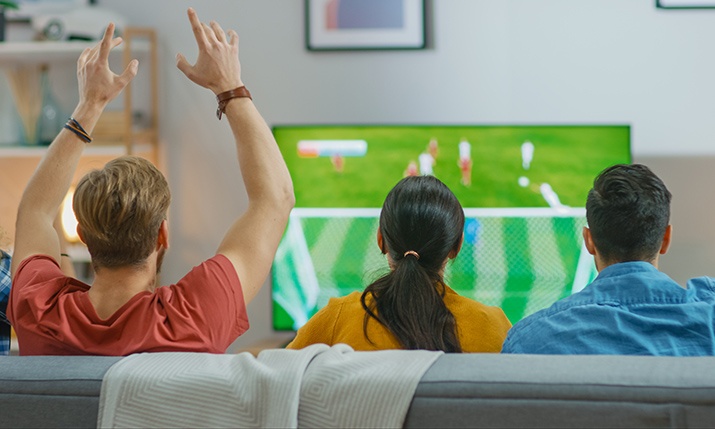 Instant replays, slow motion and the ability to rewind live TV are fans’ favourite innovations in sports broadcast, according to new research, which also shows that video assistant referee (VAR) is the least popular.

Meanwhile, teletext and waiting for Match of the Day highlights on Saturdays make more fans nostalgic than any other aspect of sports broadcast.

Overall, the study from BT Sport found that 74% of fans believe technology has made sport more accessible to a larger audience, with people regularly watching sport on a PC or laptop (53%) or soaking up the action on their smartphones (41%). More than six in 10 also believe tech innovation has made watching sport a more sociable experience.

It found that 76% of fans believe tech has a positive impact on sports TV, while also revealing that football is the sport most fans (49%) believe is best utilising tech to enhance sports viewing.

Turning to fans’ views on recent tech innovations around sports broadcast, 360° camera views (26%) and spider/drone cameras (26%) are the most popular recent innovations, followed by live streaming sports on the go via mobile (22%) and the introduction of 4K and HDR picture quality (21%).

In terms of fans’ take on the best overall innovations on the pitch from athletes, authorities and teams, goal-line technology (32%), Hawk-Eye (27%) and photo finish imagery (26%) were deemed the best enhancements by fans.

When asked for their least favourite innovations, football’s VAR system was voted for by more fans (31%) than any other tech. VAR was followed by others voted worst tech innovations: esports competitive video gaming (16%), fantasy football apps (14%), cavity backs which are used in golf to help make misfired shots more forgiving (10%), and voice activated assistants (10%).

BT Sport has launched Innovate 21 to find exciting new ideas, technology and services spanning the entire sports broadcast chain from entrepreneurs, creatives and start ups. The competition will provide one lucky winner with the opportunity to work with BT Sport to develop their idea for future use.

BT Sport has a rich history of providing entrepreneurs with opportunities to be at the heart of innovation. Since winning the 2018 BT Infinity Lab competition, Sceenic has worked with BT Sport to support last year’s launch of Watch Together on the BT Sport App.

More details on how to enter are available at http://www.bt.com/innovate21