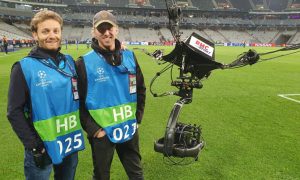 Commented CEO, Benoit Dentan: “Showing the dexterity of the system we were able to meet the demand for high quality from the client, RMC Sport, for such a high profile, global match. The specification for the job was to film in UHD 4K HDR and this was achieved with the brand new HDC P50 Sony 12G.” 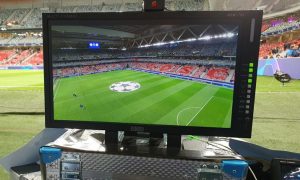 The company’s crew set about rigging the X fly 3D system early on Monday morning for the Champions League match on Wednesday night.

“We were so delighted to use such high end specifications as it clearly demonstrated the quality of the shots we could achieve using the X fly 3D and our perfect XD cam gyro-stabilised head,” added Dentan.