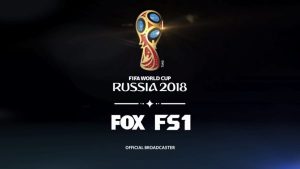 It’s a big week for the Fox Sports World Cup team. Initial testing of equipment that will be housed in the IBC in Moscow is wrapping up, and everything will be in shipping containers by Friday for the long journey to Russia.

“This is a huge and complex event for us, coming on the heels of the FIFA Confederations Cup in St. Petersburg last year,” says Keith Goldberg, VP, global operations and transmission services, Fox. “That was hugely successful, but this will be even bigger and better.”

A large part of the testing was to make sure signals will be able to easily pass from the IBC to Frankfurt and then to Los Angeles once the World Cup begins. During the testing phase, the transmission paths were Frankfurt to Charlotte, NC, to L.A.; once the World Cup begins, the transmission paths, multiple redundant 10-Gbps paths via CenturyLink, will run from Moscow to Frankfurt to the Fox broadcast centre in Los Angeles. The Charlotte facility even ran off of a 250-V generator and at 60 Hz to simulate power or frequency issues that may occur in Moscow.

The circuits not only will deliver the linear coverage of all 64 matches (36 will air on Fox, the remaining 28 on FS1) via J2K compression but will also help transmit five bonus feeds per match for OTT or second-screen consumption, including a mosaic channel, stat channel, cable-cam channel, and a tactical-camera channel. All matches will also be available in UHD HDR with wide colour gamut, and the CenturyLink circuits will deploy port replication directly to the MVPDs.

“We are also going to use [the connectivity] for our content-management system as we are keeping our editors back in Los Angeles,” says Kevin Callahan, VP, field operations/engineering, Fox Sports.

A 1.3-PB storage system in Moscow will be tied to the Los Angeles asset-management system through AWS in Frankfurt. File transfers will be accelerated via Telestream and Aspera, with high-resolution content available for editing in Los Angeles 10 seconds later than the live signal.

The IBC hub will be connected to the match venues via 1-Gbps connection with each of the 12 venues. The Red Square studio location, meanwhile, will have 20 Gbps of connectivity to support the additional cameras, audio, intercoms, and file transfers.

“The Red Square studio will be operated as a remote production back to the IBC, and the night-time show, World Cup Tonight, will be integrated in Los Angeles,” says Callahan. “It will be a 5,000-mile home-run production.”

HBS, which handles the host production operations for the World Cup, will play a big part in facilitating a lot of the Fox Sport’s World Cup needs.

“HBS is truly a partner,” says Callahan, “not just a service provider.”