Roland Garros, the only gaul tennis competition to be part of the Grand Slam – and the only one to be played on a clay court — has always been a showcase for the latest innovations in the field of broadcasting technology, writes Catherine Wright. France Télévisions, which is the main rights holder, is well aware of its impact: you can’t beat the drama — and the beautiful close-ups – of two tennis champions fighting in the red dust and the heat, to win at Roland Garros. 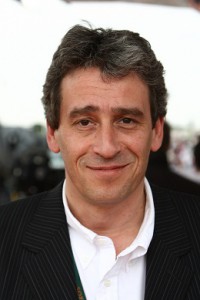 Nicolas Kirszenzaft: “We have gone a step further: France Televisions has equipped its OB vans to handle 4K transmission”

Last year, for instance, 4K made the headlines, as the broadcaster delivered UHD live transmissions of some of the matches on Central Court, over satellite, digital terrestrial and IP networks, with a number of partners, including on the transmission side ES/WA, Eutelsat and TDF, and ATEME, Envivio and BBRight for encoding. “The aim was to test the technology with different companies. We will be doing the same this year, but we have gone a step further: France Televisions has equipped its OB vans to handle 4K transmission. It is quite an important investment, but we will use these vans for other sports events as well,” explained Head of Production Nicolas Kirzsenzaft.

The broadcaster has not yet finalised the official listing of the companies involved in the 4K trial this year (May 24 to June 7), but they should be revealed just before the start of the competition. At least seven OB vans will cover the event, a number of which belong to France Télévisions, while some other ones will be rented from the Euromedia group, one of the main suppliers of the event.

More than 90 cameras will be used on-site including the infamous superloupes which deliver high quality ultra slow motion imagery, capturing 500 frames to 2500 frames per second in full high definition. Of all the Grand Slam tournaments, Roland Garros is the one with the biggest superloupe set-up. Developed by DVS, the cameras work in partnership with EVS servers and according to Nicolas Kirszenzaft, are really put to their best use during the French tournament.

“They are an important requirement for football matches as well, but the difference is that instead of 22 players on the pitch, on a tennis court you have a maximum of four, so the intensity is quite different. With the superloupes you can see the red dust of the clay court rise as the ball hits the ground, there is a real beauty to it,” he said.

Three superloupes will alternate between Central Court (also called Philippe Chatrier court) and the Suzanne Lenglen Court, which is the second biggest at Roland Garros. “We have two superloupes on the Philippe Chatrier and one on Suzanne Lenglen, which stays on that court for the first eleven days of the tournament. But for the last four days of the competition, it moves to Central Court, which becomes the focal point for all the matches,” said Kirszenzaft.

One of the main challenges for the production team is the number of courts, which total 20. “From day one, 11 am, all the technological infrastructure has to be up and running on all the courts. At the start of the competition, you have a much bigger set-up than at the end. As the competition moves on, you can gradually reduce the technology requirements as coverage becomes more and more focused on a couple of courts.”

Another feature is the number of remote cameras: 14 of them, supplied by Polyscope and XD-Motion, spread across the courts as well as in the television studio. “We need those cameras for places and angles we can’t easily access. For instance, there is a remote camera under the referee’s chair, another one on the wall of the corridor leading to the exit, so that we can get images of the players just before they come onto the court. We also have three remote cameras in the studio, covering a variety of angles,” said Kirszenzaft.

The studio itself is custom built for Roland Garros, and the cameras come in handy because space is at a premium, with very little extra room once the journalists and the interviewees have taken hold of the small construction situated on the Central court terrace. Two aerial cablecams systems from ACS France are also installed above Central Court and the Suzanne Lenglen, and Central Court also requires an ACS France speedtrack travelling camera system. Unlike other Grand Slam tournaments, Roland Garros does not use Sony’s Hawk Eye system to control referee decisions, but only as a tool to enhance the viewing experience.

Looking towards the future, one of the uncertainties for the production team is whether plans for Roland Garros to take over a larger site will get the go-ahead. The Fédération Française de Tennis (FFT) has prepared an ambitious building programme which, while remaining on the same location, is meant to take over new ground from Les serres d’Auteuil, a rather charming but old-fashioned botanical garden just next door to the courts.

The project also includes the building of a roof over Central Court. But as is often the case in France, politics are an important part of the equation: the recently elected Paris maire Anne Hildago has shown strong reservations about the plan, and a competing project put forward by local associations and green representatives is also on the cards.

Studies into both plans have been commissionned and according to France Télévisions, a final decision to go ahead with the FFT’s project has to be taken at the end of the tournament this year, if deadlines are to be respected. According to the FFT’s schedule, work is due to start in September for completion in 2019.