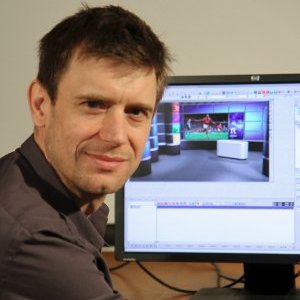 The opportunities presented by IP workflows and their potential to transform sports production have been constant discussion topics for the past few years – not least at SVG Europe’s own conference events, including this September’s Sport Production Summit. RT Software is among the companies working at the creative cutting edge of IP-based solutions, and in this recent conversation technical product marketing manager Luke Harrison outlined some of the specific benefits for sports customers.

He comments: “Sports broadcasters can harness the use of IP to overcome a number of challenges, from issues surrounding scalability solved by the fluid nature of an IP infrastructure, to tackling the cost and intricacies associated with remote production.

“One of the drivers behind the step towards IP in broadcasting generally is the prospect of 4K and higher resolutions. An IP-based infrastructure makes changes more simplistic with the ability to evolve in a multi-format world. The industry now has a neutral platform for video data and it is the software that determines which format it is working in.

Outside broadcast and remote production

“Producing live sporting events would traditionally involve broadcasters working out of a packed OB truck. If we take one element, such as cabling, with SDI there will be one cable for each stream and it is usually directional. In 4K applications, there would be a cable for each quadrant, in addition to a network for audio and video, intercoms for talkback, a general network, and a separate IP network for control. One of the biggest differences of IP in sports remote production is the way the signals get back from the stadium to the studio and production companies are increasingly turning to IP contribution circuits.

“IP links provide communications, access to central databases, and reverse cue video over the same path. Secondly, and more importantly, it allows for more than one video feed to be sent from the site. The cabling becomes so much simpler and drastically reduces the quantity required. Production is carried out at the broadcaster’s base and there is greater utilisation of the hardware, bringing further financial benefits.

“IP can also impact the camera set-up at sporting events. For example, at small remote production with a three camera set up, an operator is needed for each camera and three camera streams have to be sent back to base, even with video over IP. Solutions such as the tOG Vista system from RT Software would allow the three cameras in the stadium to be completely unattended, [with] just one stream [to be sent] back to the production base.

“The solution involves two 4K cameras which are static and fixed in their position in the stadium, one pointing to the left side of the pitch and one pointing to the right side. The tOG Vista system effectively stitches the two live outputs from the side-by-side static cameras together to make one big panoramic view of the entire field of view. The remote camera operator then has a field of view that he can operate virtually as the HD outputs are joystick-controlled to allow the operator to follow the action, and zoom in and out as required.

IP and sport in the studio

“Away from the pitches and stadia, IP is increasingly being used across various parts of the broadcast workflow back in the studio. If we take graphics as an example, when video is distributed over SDI, each camera in the studio needs its own workstation. Traditionally there would be a computer plugged in rendering the view from every single camera in the studio. A workstation can only control one SDI IO card, so the broadcaster is somewhat limited by the hardware.

“With IP, the broadcaster can use virtualisation. If the solution is powerful enough, it can control multiple network interface cards to allow the broadcaster to have multiple streams coming in and [therefore] the renderer can render each one of the camera inputs on just one workstation.

“IP technology is scoring high in the sporting arena, proving its performance, reliability and cost-effectiveness for many broadcasters. There may still be some way to go before IP is adopted across the entire broadcast workflow; however, when it comes to benefits for sports broadcasters they can take full advantage in areas such as remote production, live events, and behind the cameras in the studio to boost their operations as well as their bottom line.”