eir sport and Irish public broadcaster RTÉ have announced a sub-licencing agreement in relation to live broadcasting of the 2019 Rugby World Cup in Japan.

As the primary rights holder, eir sport will broadcast all 48 games live, including all of Ireland’s matches, from the tournament in Japan as well as a daily highlights show.

Under the terms of the sub-licencing agreement, RTE has secured the TV rights to broadcast 14 live matches, including all of Ireland’s games, the knockout stages and the final. 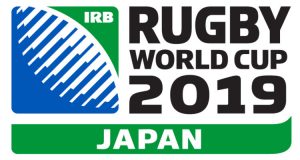 Susan Brady, Managing Director of eir sport commented; “There has never been such an exciting time in Irish rugby and, following the recent win against the All Blacks, we’re heading to Japan with a real chance of lifting the Webb Ellis Trophy. eir sport will be there every step of the way with all 48 games live including every Ireland game and the knock out stages.

“We are delighted to have come to this agreement with RTÉ which again shows the changing nature of the sports broadcasting landscape in Ireland where we’re happy to work together to give Irish sports fans the best possible choice and content.”

Declan McBennett, Group Head, RTÉ Sport said: “The Rugby World Cup looks set to be a very exciting tournament next autumn and we are delighted to come to this agreement with eir sport to ensure that Irish audiences have a free-to-air front row seat to such significant games including all of Ireland’s games, the knockout stages and the final, on TV and online.”

As well as the 2019 Rugby World Cup, eir sport also broadcasts every game from the Guinness Pro 14 and the European Champions Cup through the eir sport pack which is available for free to eir broadband customers.