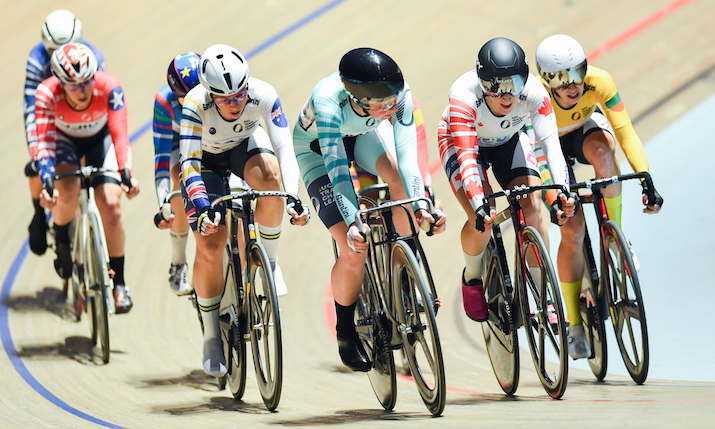 The UCI Track Champions League has confirmed that Spanish public network RTVE will return to broadcast its 2022 season via its free-to-air Teledeporte sports channel.

RTVE joins a host of international broadcast partners that are being announced before the second UCI Track Champions League campaign commences in Mallorca on Saturday 12 November.

Teledeporte will offer live linear and digital coverage of each round, as well as full highlights. The agreement was reached with Discovery Sports Events, global promoters of the UCI Track Champions League.

Last season the UCI Track Champions League reached 149 million viewers in 206 countries, with over 62 hours of programming, fulfilling its ambition of putting track cycling on the global stage and attracting a new, international audience.

During the first edition in 2021, Spanish rider Sebastián Mora was one of the stars of the competition, winning two of the eight Men’s Endurance races, and only missed out on the title in the very last round. Mora has already been confirmed as returning in 2022 and will be going all out to claim the top spot on the podium.

François Ribeiro, head of Discovery Sports Events, said: “Round 1 of the UCI Track Champions League in Mallorca promises to be a thrilling spectacle so we’re pleased to confirm that Spanish audiences will be served by a prestigious national broadcaster as well as receiving comprehensive coverage on Eurosport.

“Spain is a key market for us and this agreement with RTVE will ensure the series is not only delivered to the country’s dedicated track cycling fans, but also to new fans who’ll be watching the sport for the very first time.”

The 2022 UCI Track Champions League will once again see the world’s best riders battling it out across five rounds in four countries.