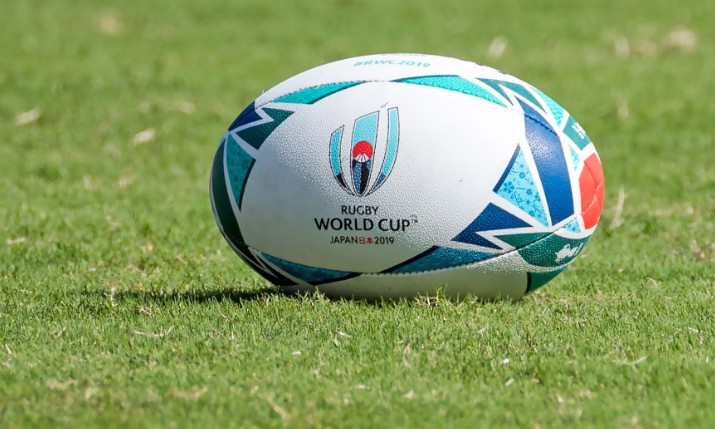 The 2019 Rugby World Cup kicks off today (Friday 20 September) with hosts Japan facing Russia at the Tokyo Stadium. ITV Sport will show all 48 matches live across various ITV platforms over the next six weeks.

Most games will be broadcast on ITV, though ITV4 will also provide coverage. Fans can also live stream the action via the ITV Hub on a variety of devices including smartphones and tablets.

Thanks to its sister company Custodian Data Centres, the Studios will provide fast and redundant circuits during the coverage of the Rugby World Cup. The Maidstone Studios is able to broadcast to almost anywhere in the world via this network, which has more than 900 direct connections. 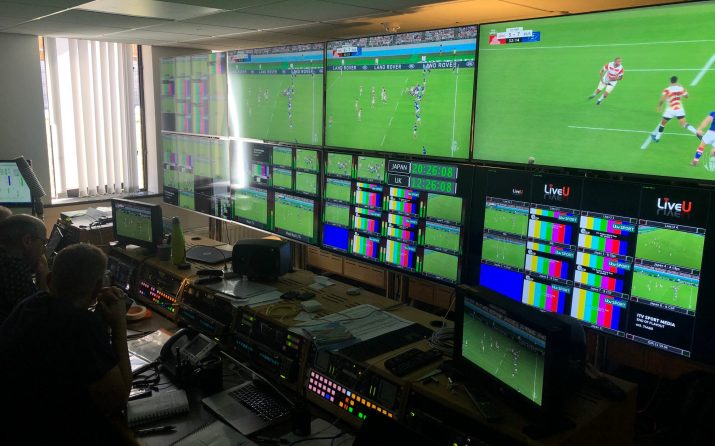 Maidstone Studios PR and communications manager Jo Clark told SVG Europe, “We’re incredibly excited to have ITV Sport coming to our studios for the Rugby World Cup. Our sister company is Custodian Data Centres, and what sometimes sets us apart from other studios is we’ve got fully redundant circuits so we can broadcast to anywhere in the world – and Custodian is the sixth highest peered network in the country. That in itself is a powerful USP versus other studios. And we’re only 40-45 minutes out of London. What we’ve also done for this project is upgrade all the fibre networks within the building.

“We’ve got two studios here, Studio 1 which is 12,000sqft and the 6,000sqft Studio 2 where ITV Sport hub will be based for the tournament. We have five edit suites upstairs, plus a production room and a tech room close to the studio, so everything is within close proximity here,” said Clark.

In addition to covering all 48 matches, ITV Sport’s plans call for around 60 hours of live programming featuring all aspects of the event and accompanying activities.

Coverage will be led by Mark Pougatch and Jill Douglas while there will be a number of rugby figures providing co-commentary who include Jamie Roberts, Ugo Monye, Shane Williams, Scott Hastings, Danielle Waterman, Ben Kay and Alan Quinlan. 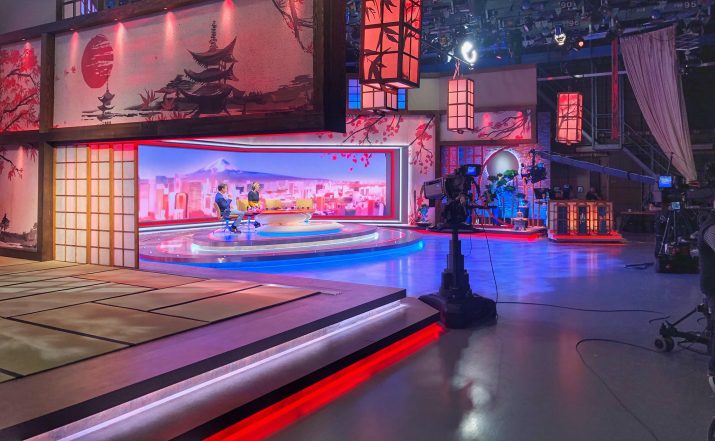 Craig Doyle and Martin Bayfield will also present shows during the tournament, while Gabriel Clarke will report from Japan along with David Flatman, who will also be a co-commentator. Match commentary comes from Nick Mullins, Miles Harrison, Martin Gillingham and Simon Ward.

For the tournament, ITV has designed an interactive studio set at Maidstone that allows the pundits to demonstrate physical analysis in the programmes, creating the platform for some of rugby’s biggest names to bring viewers fresh perspectives and insights into the sport.

Viewers will be able to watch and engage with Rugby World Cup coverage at any time with ITV Sport’s digital offer. Fans can watch all games live and on the go with the ITV Hub app with short highlights of every match, exclusive interviews, top moments of the day and much more here on our dedicated Rugby World Cup.

Twitter account @ITVRugby will feature all the tries and key moments of live broadcast games seconds after they happen and ITV’s Instagram and Facebook accounts will take fans behind the scenes in Japan with regular takeovers from its presenters. 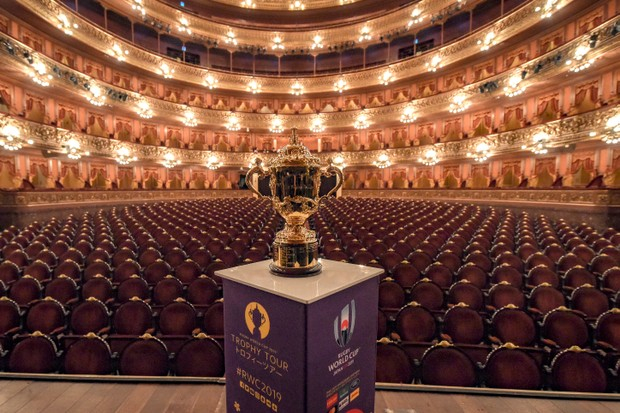 During the group stages ITV Sport broadcasts will be presented from Maidstone Studios, with stand-up positions at the venues. Four directors will be used in rotation for these programmes. The broadcaster will have its own presence at the International Broadcast Centre from where it will coordinate each of its three roving teams. There will also be an MCR within the IBC managing all feeds and footage going back to the UK.

For the latter stages, two OB units, one in Oita for quarter-final weekend and the second in Yokohama for the semi-final and final weekends, will be provided by NEP in Japan. The knockout phase games in Tokyo will be presented remotely into the presentation OBs. For these Tokyo games ITV will be using five cameras and audio plus comms via Host Broadcaster IGBS fibre. There will also be onsite studios for these latter stage games.

Throughout the tournament ITV Sport will draw on various feeds offered by the Host Broadcaster, adding graphics (working with Alston Elliot and EVR Productions) and data capture, with five Avid-based editing teams working in Maidstone suites.

ITV Sport technical director Roger Pearce told SVG Europe, “Maidstone Studios has excellent connectivity options as it’s a data centre, and it also has good power provision. They have an excellent 6,000 square foot studio available and, most of all, they were up for the 59.94p island concept that we had planned.

“For the studio we’ve a big presentation area with AR elements. It’s quite impressive. We have five edit Avid suites there. The highlights will always be edited and played out from Maidstone, throughout the tournament.”

“The Maidstone Studios have integrated the 59.94p into their existing workflow via their partner Gearhouse. Our extensive domestic and international connectivity is provided by Globecast who are building a complex fibre, satellite, 4G and Internet based network.

“For the studio we’ve a big presentation area with AR elements, working with Alston Elliot, Anna Valley and EVR productions. It’s quite impressive. We have five edit Avid suites there. The highlights will always be edited and played out from Maidstone, throughout the tournament.

“From the quarter finals onwards we will be using NEP flyaway facilities and will be based in Oita and Yokohama. Because there are two matches on the first day of quarter finals, one in Tokyo, we’re doing that one as a remote production from Tokyo, bringing back five cameras to the OB in Oita and it will be presented as if we were in Tokyo. The NEP engineer in charge is Jon Harris,” said Pearce.

“We’ll be using kit from NEP that becomes available after the conclusion of the group phase, once some venues are closed down. We’ll be bringing that kit into Oita.

“Our IBC presence will be small. It will be virtually a switching centre, with no production. There is a World Rugby media server and we’ll be remotely accessing that. [Our IBC base] will just be a target for EVS and we’ll file transfer material back to the UK on our connectivity, which is all Globecast. NEP are also providing our IBC facilities.”

Pearce went on to explain why ITV Sport decided to operate on a 59.94p island rather than the usual 25i format.

“Believe me we thought about it carefully! We’ve worked on tournaments with 59.94 origination before, but this is the first time that all host feeds, including multifeeds, are handed over in 59.94p. The progressive scan adds to the complexity of working out how to robustly deliver to ITV in 25i whilst maintaining the highest quality. 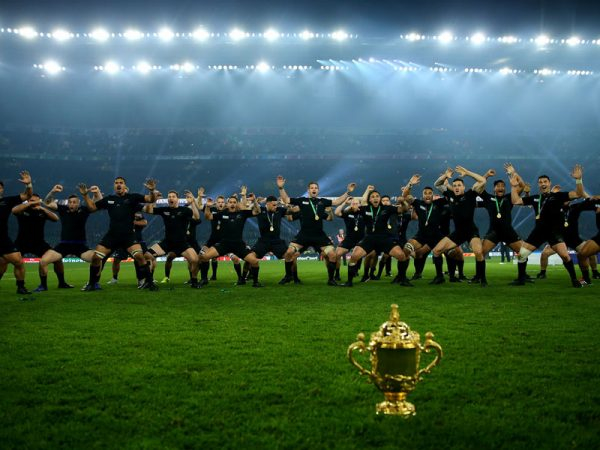 “The strategic decision was made to have the edit hub in the UK throughout the tournament so we knew we had to send material back to the UK to edit it. Then in the knockout phase we would be sending it back to Japan and transmitting it from there. You could end with five or six standards conversions if you’re trying to keep the UK as 25i.

“We felt that after we had done four or five standards conversions before transmission we might end up with objectionable artefacts – certainly with edited or re-edited pieces.  We then ask ourselves the question, ‘can we keep all ITV operations as a 59.94p island to keep standards conversion to a minimum?’ After careful consideration with our key facilities providers we made the decision to go for a 59.94p island.

“The other big issue with working 59.94p in the UK was the potential for 50Hz power artefacts in the studio. We put a lot of effort into mock-ups and testing with various screens and lighting in 59.94p, in the UK.’

“We will have three venue inject teams, that are out there throughout the tournament. They provide a pitch-side camera and a flash camera wherever we go. That allows us to have a presence throughout the day. And there are three commentary teams as well. We have 70 people out there from Day One and then about another 60-70 coming out, so it’s quite a big team,” said Pearce.

The 2019 Rugby World Cup takes place in Japan from kickoff today until the final on 2 November. ITV has also secured the rights to the 2023 tournament to be held in France.