Rugby World Cup: TF1 prepares to entertain one of biggest audiences of the year 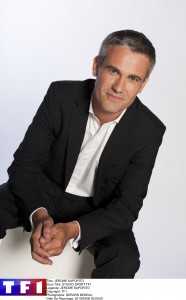 As the French rugby team prepares to meet New Zealand’s All Blacks on Saturday, France’s biggest broadcasting group TF1, which is the rights holder with satcaster Canal Plus, is upping the stakes on its coverage of the event. « We expect the game will draw one of the largest audiences of the year,» comments Jérôme Saporito, TF1’s Deputy Sports Director. The previous encounter with Ireland attracted 11 million sport fans in front of their TV sets, and the broadcaster hopes to equal the previous record set by the France-England semi-final in 2007, which assembled a massive 20 million gallic spectators.

«We start preparing the ground for the World Cup coverage two years before the event, with meetings which first take place every month, then as the timing of it gets closer, every week, and during the event itself on a daily basis,» he adds.

A staff of 100 journalists, consultants and technicians are required to cover the event, with around 30 stationed in Cardiff where the game will take place on Saturday. «One of the main issues for us is to personalise the images we receive through the International signal, to put our TF1 ‘touch’ on them because they will be seen not only during the live transmission of the match itself but also in our main news bulletin at 8pm and in other programmes on the channel, as well as on the internet,» he explains.

The broadcaster uses two OB vans on site to cover the event (one for production and one for transmission, provided by CTV), and four TF1 Sony cameras to complement the set-up of the host broadcaster. «We use our own images every now and again, for instance during injury time. On Saturday, we will want a camera to follow Morgan Parra for instance, who has been selected to replace Sébastien Tillous-Borde,» says Saporito.

4k: too late for regrets!

The organisers’ decision to not broadcast any 4K images is understandable but a bit of a lost opportunity, according to Saporito. «Several of the nations which dominate world rugby, i.e. South Africa or New Zealand, are not hugely enthusiastic about the technology. But no one could have predicted that such massive audiences would be drawn to watching the game in Japan, where 4K is very much on the agenda.»

Another key issue for TF1 is to make the sport accessible to a very wide audience. «My grandmother has to be able to understand rugby,» he states. The broadcaster’s coverage is therefore much more educational than it was during the Football World Cup, because rugby is not as well known by the average viewer. «The audiences we attract during the Six Nations Tournament stands at around five million viewers, which we estimate to be the sport’s fan base, people who really love rugby and follow it in France. But during the World Cup, we draw double that amount,» he says.

An educational effort made easier by the infrastructure put in place by the host broadcaster on site. «There are a number of interesting novelties, which brings the sport closer to the people watching it. The decision to fit referees with cameras, for instance. And the ‘Paluche’ mini camera system inside the teams’ changing rooms, as well. In my view, it was really clever to set up the cameras without a sound system, because it enabled us to take full control of the images.

« For instance, when France’s Philippe Saint-André shouted at his men during the France- Romania interval, hearing what was said could have put some viewers off, but the images provided enough drama to keep people hooked !»