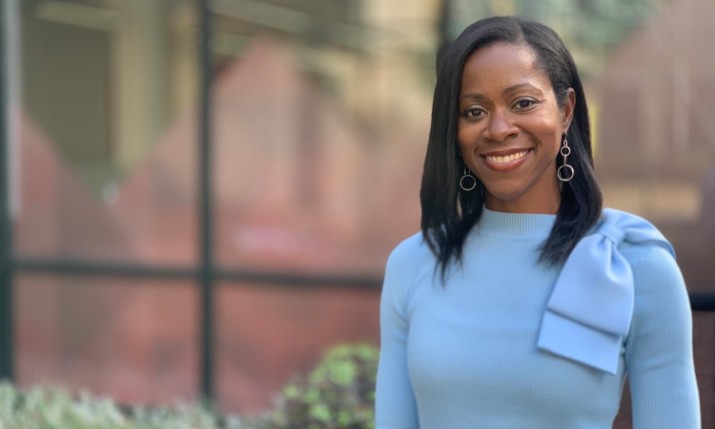 Whisper, the UK-based sports producer, has hired three new members of staff, including a new technical director, as it looks to “continue to over-deliver” on its growing roster of high-profile sports productions.

Jemma Archer (pictured) and Rob Williams have joined as senior producers while Jon Fay is on board as a technical director.

Fay has been the technical lead on a number of complex events including Premier League football, the Rugby World Cup, BBC Sports Personality of the Year, Champions League fixtures, T20 cricket and European Tour golf.

Having started as a camera operator at the BBC in 1985, he has since worked with Sky, ITV, Canal+, NBC and beIN Sports, among others.

Archer brings more than 14 years of sports production experience to Whisper, having worked for ITV in the UK and beIN Sports in the Middle East.

She has produced a range of high-profile live programmes on major sporting events including the FIFA World Cup, FIFA Women’s World Cup, the Euros, Copa America, the Olympic Games and the ATP Tour, as well the Premier League.

Williams is a cricket producer and was in charge of coverage of this year’s ICC Cricket World Cup Final. His career has seen him work at tournaments in the UK, Australia, New Zealand, India, West Indies, Sri Lanka, Zimbabwe, South Africa and Bangladesh. In addition, his credits also include six Rugby World Cups, three FIFA World Cups, two Olympic Games and two Commonwealth Games. His CV includes stints at ITV Sport, BT Sport and Star Sports as well as work for Sunset+Vine, HBS and IMG.

Sunil Patel, Whisper chief executive, said of the appointments. “As we continue to grow, it’s important we maintain strength and depth across the team so we can continue to over-deliver on all our high-profile sports productions, as well as unscripted and brand projects. The experience that Jon, Jemma and Rob bring to the team is extremely impressive and it’s fantastic that we are able to keep attracting the best names in the industry.”

“Jon’s technical knowledge will enable us to remain at the forefront of this area, as we continue to develop and push our ambitions even further in an ever-changing technical environment,” he added.

Whisper is currently producing NFL for the BBC, Formula 1 for C4, the Rugby World Cup for S4C, Women’s Football Show for the BBC and UEFA magazine shows.

Other events on the roster include SailGP, Women’s Six Nations, W Series, WSL, Women’s Cup Final and the 2020 Paralympics in Tokyo.

Whisper employs 60 people across three offices in London, Maidenhead and Cardiff. It is Partnered with Chapter 3 Graphics and unscripted entertainment specialist, East Media. It is also a Partner of Royal Holloway University and helps mentor and develop young production talent.