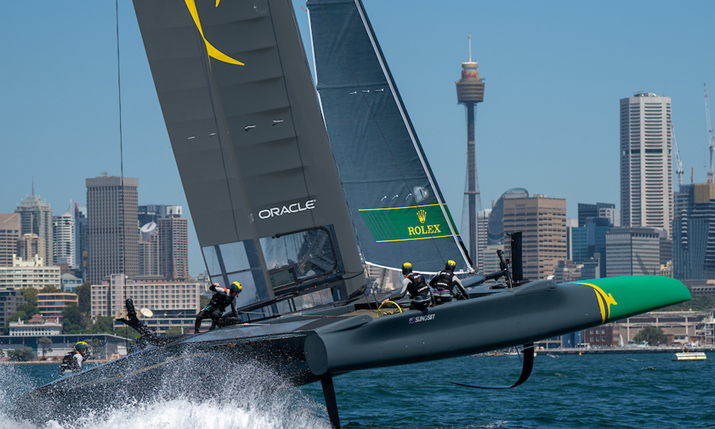 Global sailing league SailGP is strategically using its digital media output to bring new viewers into the sailing fan base, as the fast-maturing competition seeks to give the sport a makeover in order to increase its popularity.

Tim Godfrey, SailGP chief marketing officer, told SVG Europe: “I absolutely see this as a racing product, not just a sailing product. The F50, which is the class of boat we use, is currently the fastest course racing sailboat in the world. It’s extreme.

“This is a super-charged version of the sport. This is competitive inshore racing; this is not the Ocean Race – a year-long race around the world – this is fast racing on the water that leaves you wanting more.”

Godfrey commented: “We wanted to supercharge our final two events of the season by thinking about how we could attract new audiences. We obviously have our live, linear product distributed over many broadcasters globally, but we wanted to think about how to add to our owned and operated channels.

“We chose Grabyo to enable our near-live clipping, clipping big incidents throughout the racing,” he said.

Godfrey said that previously, SailGP was clipping and sharing itself in a labour-intensive process. “Before, we were essentially clipping ‘the moment’ and manually posting it out to our channels, whereas with Grabyo it’s a seamless, one-click, which enables us to post to multiple channels at one time.” 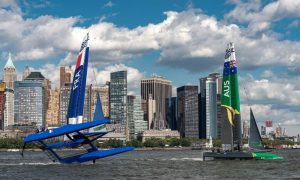 The nature of SailGP is to push the limits of the sport. As such, Grabyo’s browser-based video tools allowed the digital team to create and share social videos that explained and explored the technology of SailGP’s fleet of six F50 catamarans.

As the dramatic events of the final race unfolded, Grabyo’s cloud video platform enabled SailGP to clip, edit and deliver social videos and highlights to Facebook and Twitter in real-time. Fans across the world were able to access live video updates from the waters in Marseille as they happened.

The most thrilling moment of the race, when the Australian and Japanese boats nearly touched during a daring manoeuvre, was shared to social media moments after it happened, creating a live buzz across social media.

Godfrey added: “We’ve enjoyed a phenomenal first season, which was capped off by a thrilling last day of racing. It was vital to us to be able to share the drama and excitement of SailGP with people all over the world, and Grabyo enabled us to do so live, allowing fans to feel like they were there.”

Aaron Duckmanton, Grabyo head of marketing, commented: “The final race day of SailGP’s brilliant first season is a perfect example of why sporting leagues need to ensure they can easily deliver content to fans worldwide in real-time. Sport is unpredictable, and nobody wants to miss a moment of the action; social platforms still represent the best platform for sports like SailGP to grow and educate audiences.”

Established in 2018, the organisation’s first year of operation included the inaugural season of SailGP, which visited three continents across five events, 29 races and a spectacular championship finale between the year’s top-two national teams.

Godfrey said of SailGP’s first year of existence and the technologically advanced approach it has taken to broadcasting that SailGP has pushed technology to the limits this year. “We’re quite a mature broadcaster after only five events. I sometimes have to remind myself it’s only been five events!” he added.

“In terms of next season, we want to enhance the app and grow the sport, taking it outside of our core sailing fans,” continued Godfrey. “We see digital and broadcasting working in tandem. Being able to drive the [new] fan [to broadcasts] via near-live clips [is key]. If you are a fan or if aren’t an avid fan, and you come across a near-live clip that links to a broadcaster, you can click on that.”

He added: “We’ll certainly have a period of consultation with our partners on what has worked and what didn’t work as well, and we’ll talk to our global broadcasters before we make any decisions for next year. More analysis is going to be key, demystifying sailing terminology, making it more understandable for fans for years to come will be important.”