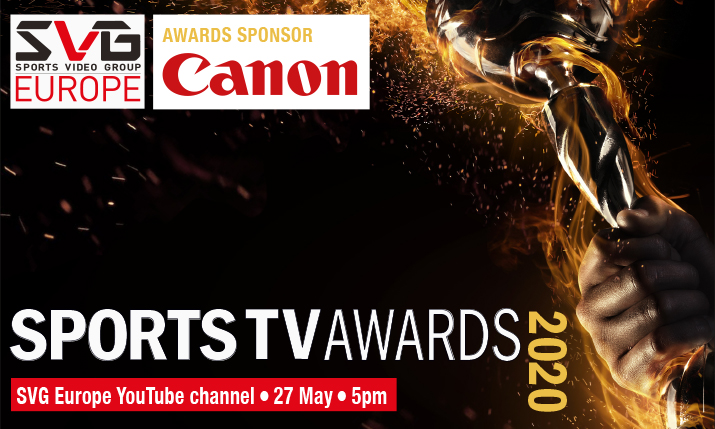 SVG Europe is very pleased to announce the names of the sports broadcasting and production projects that have been shortlisted for the Sports TV Awards 2020, sponsored by Canon.

“The selection process was tricky but I think we’ve produced a great shortlist. I would like to congratulate every single one of the companies that have made it through to the final stages of the Sports TV Awards 2020.”

The SVG Europe Sports TV Awards were scheduled to take place at Lord’s Cricket Ground on 27 May. Due to the ongoing coronavirus pandemic, however, the awards cannot be bestowed in person at this time. Instead, SVG Europe will be announcing the winners during an ‘as live’ online awards ceremony that will premiere on the SVG Europe YouTube channel and the SVG Europe Awards website at 17:00 (UK time) on 27 May 2020.

The awards ceremony will be hosted by Abi Stephens, sports broadcaster and presenter.