Shortlist revealed for the 2021 Rise Awards 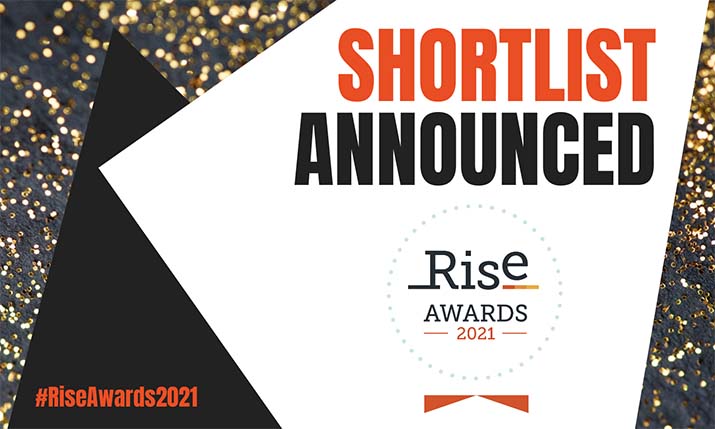 The award-winning advocacy group for women in the broadcast media technology sector, Rise, has revealed its shortlist for the Rise Awards 2021.

The judges saw a selection of global nominations from women in a variety of roles across the industry in several categories including this year’s three new categories, company award for investment in women, influencer and student.

Rise founder, Sadie Groom, commented: “We received so many amazing nominations for talented women from across the globe again this year. We have seen an extraordinary calibre of talent across the broadcast media technology industry, and our judging panels had a difficult job deciding on the shortlist which is a testament to the incredible female talent we have in our sectors. We are looking forward to seeing everyone in person and celebrating the achievements of our shortlists and winners at this year’s awards ceremony.”

The ceremony will be held on 18 November from 17:00 BST as part of the DPP leaders’ briefing event in London and streamed globally, courtesy of Red Bee Media. The winners will be announced during the live ceremony with attendees in person and virtually.

The shortlist for the 2021 Rise Awards is as follows:

NEW – Company Award For Investment in Women | sponsored by Telstra

The woman of the year, sponsored by Zixi, is chosen by the Rise advisory board and will be announced at the ceremony.