Simon Fell to step down as Technology chief at the EBU 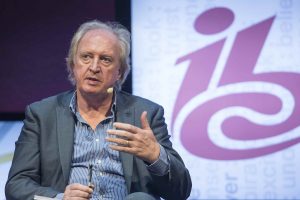 Simon Fell, Director of Technology and Innovation, will leave the EBU when his term comes to an end in February 2018. Fell has led the Technology and Innovation team since 2013 and overseen a period where the pace of change has quickened globally across the industry. Public service broadcasters have had to transition to a more software enabled and personalised digital world, delivering services to ever more demanding audiences with more choice than ever before.

Commenting on his time with the EBU, Fell stated: “In a time of unprecedented change in media technologies, having the opportunity to lead such a talented team at the EBU, to work with EBU Members, Associates, broadcast standards bodies and industry colleagues from across the world has been a very rewarding experience.”

“I am proud of the new services that we have developed and the wide collaboration with EBU working groups and other broadcast unions. The EBU continues to influence, advise and support Members through technology change.”

Director General of the EBU Noel Curran commented: “I want to thank Simon for the enormous contribution he has made to the EBU. He has led the Technology and Innovation department through a period of huge change in the media industry, introducing new services and working closely with our members. I wish him well with his future endeavours “.

Egon Verharen of NPO and Chairman of the EBU Technical Committee stated: “Simon has had an enormous impact on the work that was done in setting up and implementing our strategic programmes over the last 4.5 years, guiding us through the digital transformation. I both congratulate him and thank him for that, as it was a pleasure working with him. He surely will be missed by the Members.“