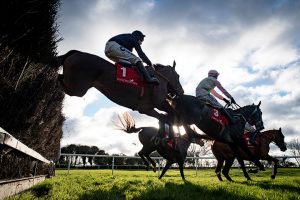 The agreement includes direct-to-home (DTH) transmission and streaming rights to all 26 Irish racecourses, plus Chelmsford City in the UK and will see all coverage made available in HD for the first time.

SIS holds the rights to Irish racing until the end of 2023 via its deal with Horse Racing Ireland (HRI) while RMG manages the rights of many British racecourses.

TV coverage from Irish racecourses is currently carried on the At The Races channel. The new agreement with RMG was ratified by the Association of Irish Racecourses (AIR) racecourses this week and will run until the end of 2023.

Brian Kavanagh, the chief executive of HRI, said: “This deal is a very positive one and is in the best commercial interests of Irish racing. It secures income streams for media rights for the next six years and aligns all of our rights across all platforms with the same strong partners.”

Racing UK is a subscription service that is available on Sky, Virgin, Freeview, YouView and Racing UK’s digital platforms.

As part of the new deal, SIS’s horse racing rights will be added to Racing UK’s streaming service for online bookmakers in the UK and Ireland while RMG will add SIS’ horse racing rights to its international TV offering, which is distributed worldwide to broadcasters for non-betting purposes.

From a production perspective, for its Irish coverage, RMG is promising on-site presentation, detailed previews and analysis, dedicated Irish feature programming and extended broadcast hours, as well as inclusion in the Racing Replay ‘highlights’ programme.

RMG will also offer a live dedicated racecourse feed from every Irish and British racecourse, including paddock, ‘going down’ and unsaddling pictures. This will be shown via Racing UK Extra, which is available on Racing UK digital platforms.

RMG added that it will work hard to ensure minimum congestion and clashes on race fixtures and times.

Racing UK will be re-branded and re-named next year to reflect the addition of Irish racing.