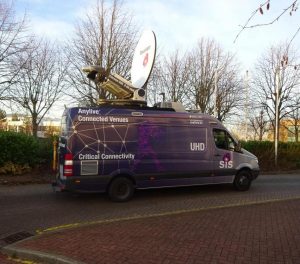 Premier League matches across the UK, the Joshua v Parker PPV heavyweight fight, and the latest F1 season are among the many sports tournaments and events to have been supported by SIS LIVE’s fibre connectivity this year. SIS LIVE describes itself as the UK’s fastest growing provider of media fibre connectivity with its Anylive Network.