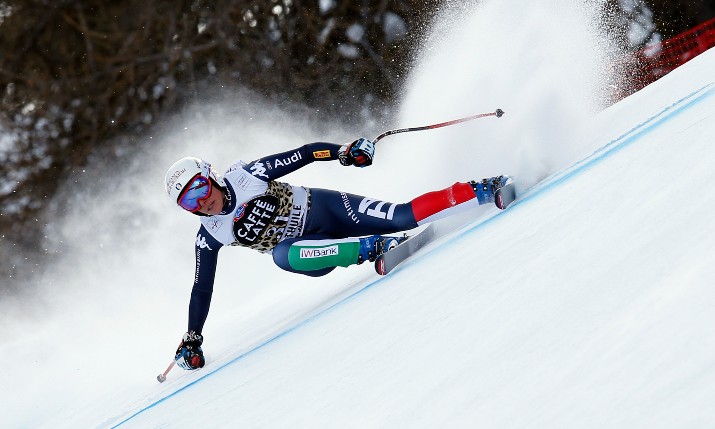 From 29 February to 1 March, one of the last stages of the FIS Ski World Cup 2020 will take place in La Thuile in Italy and Infront will be there to capture the action in UHD and HDR.

The event in the Aosta Valley will feature three women’s races on the “Franco Berthod” slope: two Super G and a combined alpine downhill slalom.

Infront’s host coverage of the two-day event will include various feeds including one, for Eurosport, that will be in 4K UHD HDR BT.2020 with 10-bit colour coding.

In addition, the producers will provide a clean feed and a dirty feed in 1080i for international worldwide distribution.

Pretty much every major European network with an interest in skiing and winter sports will be there including RAI. The Italian broadcaster will have a massive presence for its unilateral coverage while Eurosport will distribute “the white circus” in UHD for those who have a suitable TV set at home.

“The first problem raised by such a 4K UHD television production is related to the large number of UHD sources that are used.”

The Euro Media Group has been chosen as global technological partner for the event working hand-in-hand with two affiliate companies that have huge expertise on snow: Belgium’s Videohouse is providing shooting facilities and mobile vehicles in UHD and Italy’s Global Production will be responsible for the production and technical crew and the connection and distribution of UHD signals. 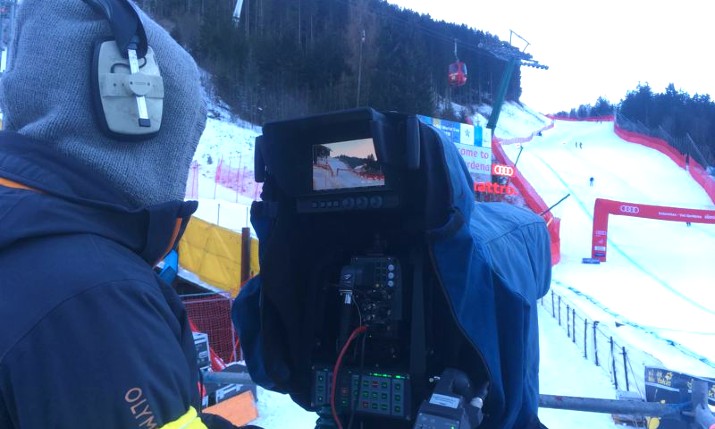 “The first problem raised by such a 4K UHD television production is related to the large number of UHD sources that are used,” he told SVG Europe.

“21 cameras are scattered along the slope, all Grass Valley Group LDX86N models, and also including speciality cameras such as a Polecam, two radio cameras with VisLink bridges and two super slow-motion 3X.

“The Polecam uses a pico Antelope camera while the two radio cameras and the super slow motion shoot 1080p images which are then upscaled in 4K thanks to the Sony video mixer onboard the Unit 2 mobile vehicle.”

All downhill from here

Unit 2 is a double expanding mobile unit that Videohouse has decided to use as the technological heart of this 2020 Ski World Cup event.

Three days are necessary to rig the impressive fibre cabling, extending up to 15 km of hybrid and non-fibres with a capacity of 120 monomodal single streams. As many days again will be necessary for the set-up of the cameras and special devices for signal transport involved.

To guarantee quality, Global Production will field a 10-person strong specialist tech crew with a 20 years expertise in shooting mountain World Cup skiing. They will be responsible for complying with any safety request and ensuring even last-minute extreme interventions can be responded to quickly.

These skills are the essence of such teams operating in extreme conditions which guarantee that advanced technologies function perfectly when shooting the spectacular images of skiing.

While the athletes test the slopes ahead of the main competition, the production team carry out the technical tests which are also distributed to some of the broadcasters in order to clear up any doubts about camera positioning. 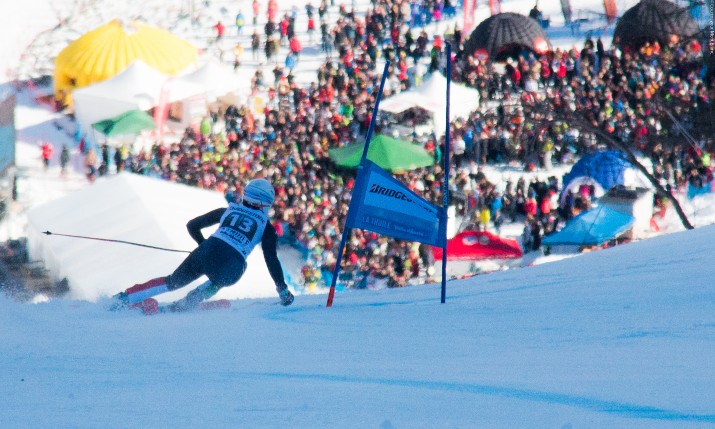 The production of the event also relies on a helicopter, used not so much for aerial shots, but above all to bring the necessary equipment, such as cameras and scaffolding, lenses, tripods, cables, along the slope.

The slope in La Thuile is very demanding for the athletes and for all the technical staff who must install the system because it winds through a forest and has constantly iced slopes. 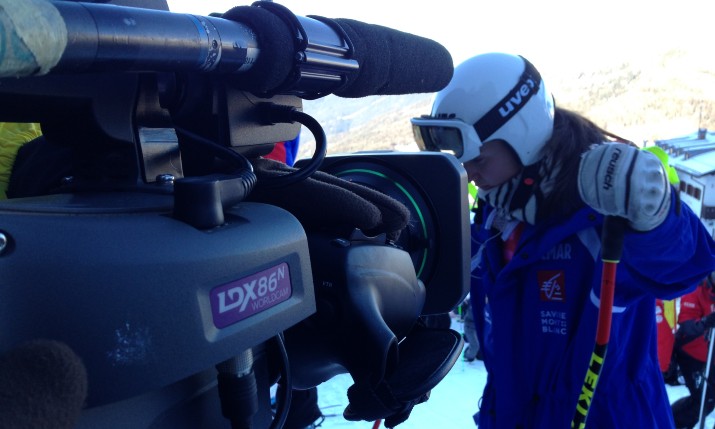 Although there are fixed camera positions, the director Sandro De Manicor, assisted by Franco Scotton, always prefer a storytelling style of coverage based as much as possible on images captured by shoulder cameras.

The camera operators, in this case, practically move on skis on the track and work on iced areas with harpoons. They work as close as possible to the athletes passing in order to give the spectator the maximum view, the sensation of the slope and the difficulty of the downhill.

The shoulder operated cameras include lenses with shorter optics, 22x, which do not fog up and have a good focal ratio.

This allows the production to produce images with a more realistic depth of field and greater dynamics, unlike the cameras on the scaffolding which, having to operate from a greater distance, must use greater focal length lenses with consequent flattening of the perspective planes.