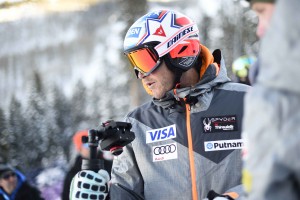 Eurosport teamed up with US alpine skier Bode Miller to give winter sports fans a unique 360° perspective from one of the world’s leading downhill courses. The one-off project captured an authentic experience of what it is like to step into the skis of one of the celebrated winter sports stars.

Miller, an Olympic Games and World Championship gold medal-winner and a two-time World Cup champion, took viewers on a journey down the famous ‘Birds of Prey’ course at Beaver Creek in the US state of Colorado. With two rigs attached to Miller’s equipment, and each rig carrying two cameras and a 220° fish eye lens, Eurosport’s production team stitched together the final footage. 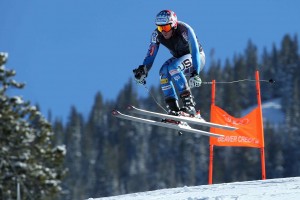 Bode Miller of the United States with a point of view camera prior to downhill training for the Audi FIS Ski World Cup on the Birds of Prey on December 2, 2015 in Beaver Creek, Colorado. (Photo by Doug Pensinger/Getty Images)

Ahead of the filming with Miller, the technology was tested by Eurosport in the Austrian skiing resort of Soelden, which hosted the opening round of the 2015-16 World Cup season. The 360° project was supported by Eurosport’s on-site production team as well as Discovery’s creative agency, D Agency, the United States Ski and Snowboarding Association, the International Ski Federation (FIS) and the Vail Valley Foundation.

If you are on a desktop computer: visit the Eurosport Facebook page.

If you are on a mobile device: visit the Eurosport Facebook page.