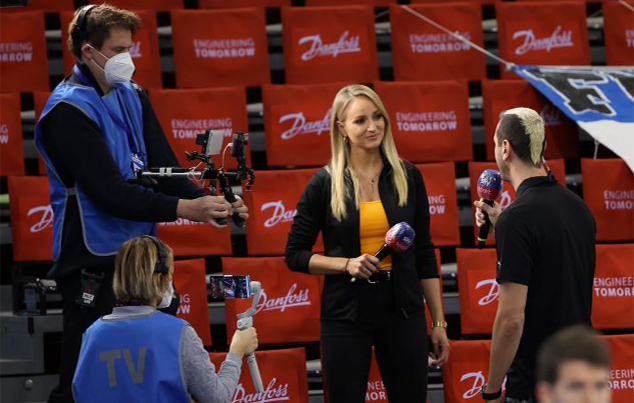 The live production took place on 6 December at the Flens-Arena in Flensburg, Germany, for a match between SG Flensburg-Handewitt and Frisch Auf Göppingen.

Supported by netorium, LiveU’s long-standing partner in Germany, Sky Deutschland was able to capture the live action on the handball court and simultaneously transmit the live feed. Using Telefónica’s high-performing 5G network on the production site, the video data was transmitted with maximum speed and bitrates.

Alessandro Reitano, Sky Deutschland senior vice president for sports production and chairman of SVG Europe, tells SVG Europe: “Our joint co-operation with Telefónica O2 has given us the opportunity to implement Europe’s first end-to-end 5G production. We wanted to show the potential that is possible with the new mobile phone standard and decided, next to our ‘classic’ TV production, to produce the game with 12 5G smartphones.

“This meant we could produce a completely different feed compared to usual, in order to make 5G a more tangible proposition for the viewer and also to enable us to perform a technical stress test to see to what extent 5G can already be used in the broadcast environment.”

“The 5G expansion of telcos in Germany is clearly progressing, so we see ourselves in a good geographical environment to be able to further take advantage of 5G opportunities going forward”

Adds Reitano: “We have had a good partnership with O2 for a long time and both companies stand for innovation. In this respect, we came up with the joint idea to create a real innovation with a first 5G transmission at the beginning of the year.”

A local 5G antenna and base station fed the signals from the smartphones via radio relay into the O2 media gateway, from where the 5G stream was delivered to the local OB truck. 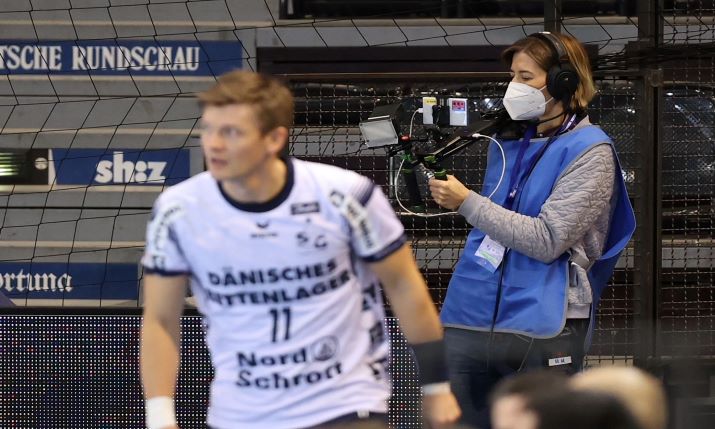 The live feeds were received via physical LiveU servers located in Sky’s mobile control room outside the arena. With each server providing four SDI output channels, the camera feeds could be fed into a hardware mixer and cut on the production site. The streams were then converted to HD-SDI with the help of Live-U.

LiveU’s IFB feature (Audio Connect) served as the audio backbone for smooth, two-way communication between the control room and the field.

Reitano comments: “For the implementation of the real-time graphics we used the Singular graphics platform for the first time for a live sports broadcast. To create graphics templates in such a flexible way was a big win for us.”

There were a lot of challenges in creating such an advanced broadcast, Reitano explains: “From a technical point of view, many questions had to be answered, such as what the dedicated 5G network set up should look like on site, what performance we could expect, how could network availability be ensured, and what special requirements had to be taken into account for end-to-end live transmissions, in terms of disaster recovery measures?”

“In addition, the smartphone devices – which run on 1080p – had to be brought together in our 1080i broadcast environment,” he goes on. “In terms of content, it was important to make the topic of 5G a tangible experience for customers and viewers and to make it accessible to them. The right storytelling was therefore key.” 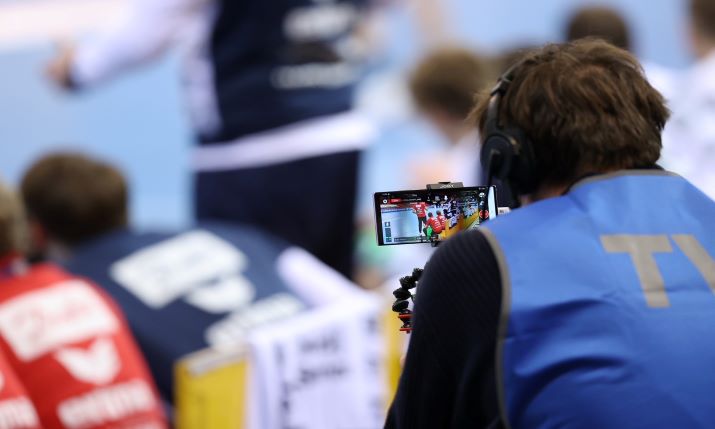 Said Alessandro Reitano, Sky Deutschland senior vice president for sports production and chairman of SVG Europe: “We wanted to show the potential that is possible with the new mobile phone standard and decided, next to our ‘classic’ TV production, to produce the game with 12 5G smartphones.”

5G definitely has a future within sports broadcasting, says Reitano. “The changing viewing behaviour of our customers is more than a trend, and vertical content in particular is perceived more natively by smartphone users. The use of our content via mobile devices is subject to constant growth and has been manifesting itself for a long time. In this respect, we see productions like this as the next logical step to further enhance our product for our customers.”

Yet, he adds: “Conventional transmission will not replace this new type of production. It is rather a matter of fully exploiting the benefits of 5G technology in the future in addition to the high-quality, classic TV product that our customers appreciate.”

Sky Sport is moving forward after this trial broadcast with more tests in 2021. Reitano says: “We will certainly conduct further use cases in 2021 to continue to evaluate the possibilities offered by 5G and to gain further insight into the depth to which we want to implement the new 5G technology in our broadcast concept.”

He concludes: “The 5G expansion of telcos in Germany is clearly progressing, so we see ourselves in a good geographical environment to be able to further take advantage of 5G opportunities going forward. The understanding of what is required of a 5G network and associated technologies to increase performance in a live sports broadcast environment will be discovered and outlined in further use cases.”

The live production in Flensburg was implemented in compliance with current COVID-19 safety measures. Since no spectators were allowed inside the Flens-Arena, the Sky web stream played a crucial role in helping the competing sports clubs to maintain close relations with their supporters at this time.