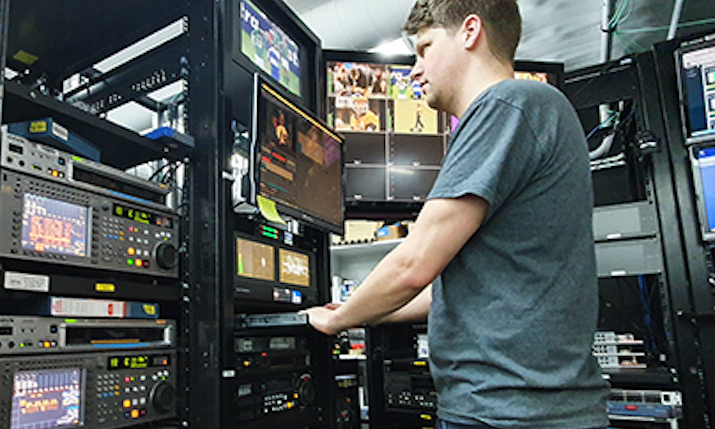 Sky TV in New Zealand has turned to DAMsmart, a Silver Trak Digital company, to digitise over 23,000 hours of sports footage from its archive of material accumulated over 30 years of broadcasting.

DAMsmart NZ GM David Elder explained: “Sky didn’t just hold an extensive archive of All Blacks games and Warriors matches, but a significant collection of rugby league, netball, cricket and a vast library of games from virtually every other sporting code that had been broadcast for many years. That is a lot of very valuable footage and we knew this was going to be a big job.”

Sky prioritised and asked DAMsmart to digitise just over 15,000 broadcast master videotapes, which constituted over 23,000 hours of content. The majority of footage came on Digital Betacam and HDCam tapes.

Elder continued: “For the best and most efficient service, all tapes were encoded and upconverted to an XDCamHD profile. Then all files underwent detailed QC and analysis before being delivered to Sky’s AWS S3 environment using multiple 80TB Amazon Snowball appliances.”

Sky’s head of media core Jim Newbould said: “DAMsmart and Silver Trak Digital provided us with a professional service. Everything was supplied exactly as promised, on time and on budget and according to our specifications and requirements. In short, they gave us what we asked for, when we asked for it seamlessly, efficiently and with absolutely no surprises or hassles.”

While tapes were stored at DAMsmart for the duration of the project, Sky was still able to access the collection for transmission when required. Urgent content requests from Sky were delivered the same day through prioritised encoding of the required tapes or segments and delivery using Silver Trak’s Media Room 3.0 digital and media asset management system.

Elder concluded: “Sky’s library holds some of the most valuable national treasures in New Zealand. It took all of our extensive knowledge and expertise, not only of the technical issues of dealing with legacy tape formats, but also of the relative importance of each piece of content itself, to provide them with the most reliable and efficient service and highest success rate.”