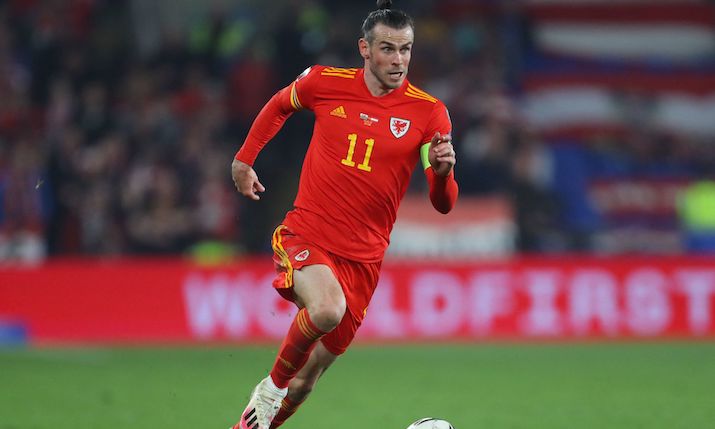 On Sunday 5 June, everyone in the UK will be able to watch Wales take on either Scotland or Ukraine in the FIFA World Cup Play-Off Final. The important fixture will see the winner securing a place at the FIFA World Cup finals in Qatar this November and will be available free to air on ITV in England, S4C in Wales and STV in Scotland, following agreements between Sky Sports and the British public service broadcasters.

The deal means everyone in Scotland and Wales can get behind their national teams on Sunday, in their bids to reach the FIFA World Cup Qatar 2022.

The game, which will also be shown on Sky Sports, is the culmination of a long qualifying campaign for both nations, following initial postponement of Scotland’s fixture with Ukraine after Russia’s invasion, while Wales beat Austria 2-1 back in March.

Jonathan Licht, managing director of Sky Sports, commented: “Next Sunday’s game is a huge fixture for Wales and Scotland supporters, and for football fans throughout the UK and Ireland. We are thrilled to make a game of such national sporting significance available to the widest possible audience, thanks to our partnership with ITV, S4C and STV.”

Niall Sloane, ITV director of sport, said: “This agreement ensures free-to-air coverage for all football fans for the crucial World Cup Play-Off Final. The deal with Sky Sports will bring fans of the Home Nations the chance to watch their team progress to the 2022 FIFA World Cup, which we hope our viewers will enjoy.”

Bobby Hain, managing director of broadcast at STV, said: “After initiating discussions with Sky Sports and working closely with them to secure an agreement, we’re delighted that this potentially historic moment in Scottish international football will be available for everyone to watch for free on STV.

“There is of course a decisive fixture to come before then, but regardless of the result, it’s hugely exciting to have international football returning to STV next Sunday.”

Sian Doyle, S4C chief executive, said: “The play-off final is one of the biggest games in the recent history of the Welsh football team and one the whole nation will be watching with tremendous excitement.

“S4C is here to provide a service to the people of Wales and we are proud to be a part of the Red Wall.

“We will be turning our channel red to show our support for the team and we will be behind them all the way. We hope Wales supporters will join us and enjoy our coverage. Yma o Hyd.”

Scotland vs Ukraine will be live on Sky Sports at 19.45 on Wednesday 1 June.

The FIFA World Cup Play-Off Final between Wales and Ukraine or Scotland will kick off at 17:00 on Sunday 5 June, live on Sky Sports and free to air on ITV, STV and S4C.