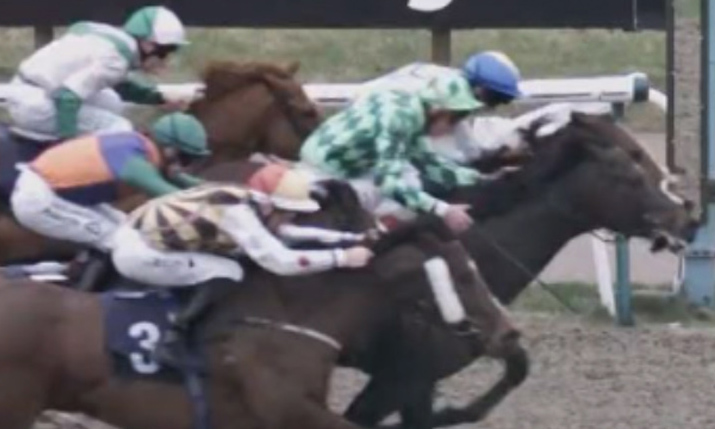 The parties are working together to give racegoers and viewers the opportunity to watch a replay immediately after a race has finished.

“Given the speeds the horses are going past the finishing line, on a close finish it is not always clear which horse may have won a race, even on an instant television replay, because of television camera angles and associated frame rate motion blur,” said Chris Clark, racing engineering manager at RaceTech.

“We wanted a way of giving viewers a similar experience to that of other sports where different angle replays are provided immediately before the official announcement.”

Added IDT’s UK sales manager David Rudeforth: “RaceTech considered many systems in the selection process with the criteria of suitability, performance, reliability, delivery, and ease of deployment versus cost. Most high frame rate cameras require a separate server/replay system to capture the huge amount of frame data. This amounts to a hefty price overhead on any system before you have even purchased the camera, control, or connectivity interfaces.

“We quickly established that a camera with built-in record capability was the way to keep within budget,” continued Rudeforth. “There are several camcorders on the market which have slow motion capability, capturing 150fps, but even at that frame rate the camera performance was insufficient and lacked the control capability required.” 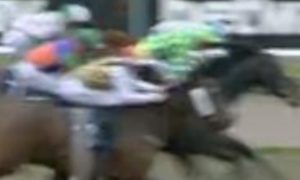 The same tight finish captured on a standard camera at 25fps

IDT cameras are used around the world in various roles from car crash testing to machine automation monitoring. Core to the system created by RaceTech for the Sky Sports Racing deployment is an IDT CrashCam Mini 3510 which can record and store up to 1300 fps at 1080p.

Measuring only 44 x 44 x 70 mm, the camera also has an HD-SDI output which can playback at various speeds. The CrashCam Mini 3510 is linked to RaceTech’s outside broadcast vehicle via a single optical fibre. An operator-configurable motion trigger facility allows images to be captured and played back automatically, freeing the RaceTech production team to concentrate on other activity.

IDT’s CrashCam Mini 3510 is one of a family of cameras with specific features to meet the demands of outside broadcasting. The XStream Mini and R-Series cameras have twin 12G or 6G SDI outputs for applications that demand continuous live feeds. They also offer the ability to trigger further sequences, even when playing back super slow motion. Resolutions of up to 4K are currently available with 8K versions expected shortly.